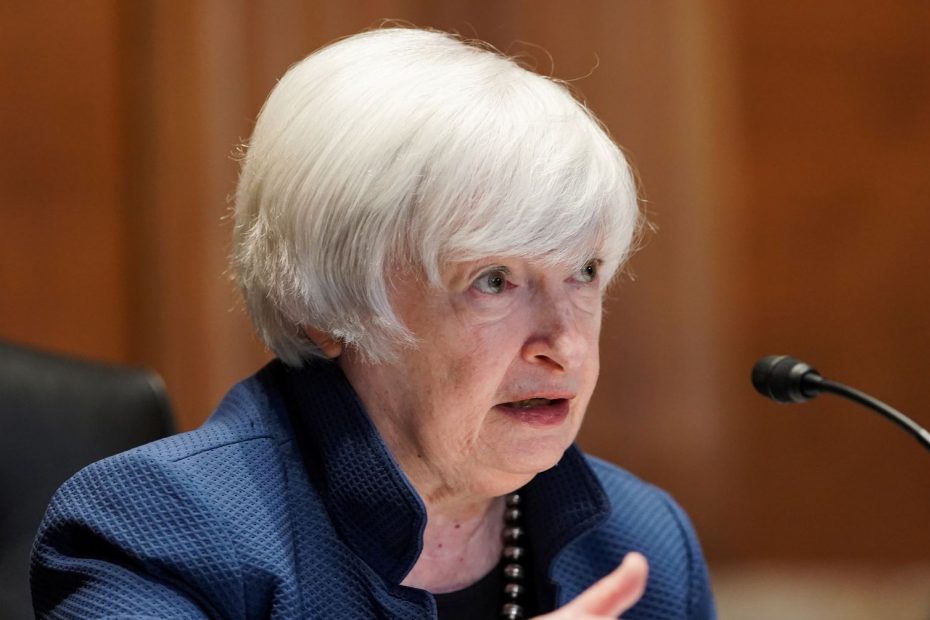 Treasury Secretary Janet Yellen said that while slower growth would help tame inflation, data released Thursday showed the US economy was resilient in the face of global challenges.

A government report outlining a 2.6% annualized pace for expansion in the third quarter “clearly shows solid growth in the US, Yellen told reporters in Cleveland, where she’s scheduled to deliver a speech on the Biden administration’s policies.

“We see here an economy that shifted from very rapid growth to now sustainable growth with the economy operating at its potential,” she added.

Yellen also said she believed the Biden administration has the ability to respond should the economy tip into a deep recession.

“We need to be careful not to use fiscal policy to exacerbate an inflationary problem,” she said. “If there were, which I don’t expect, but if there were a deep recession that was something that called for a response, I think we continue to have enough fiscal space to do so.”