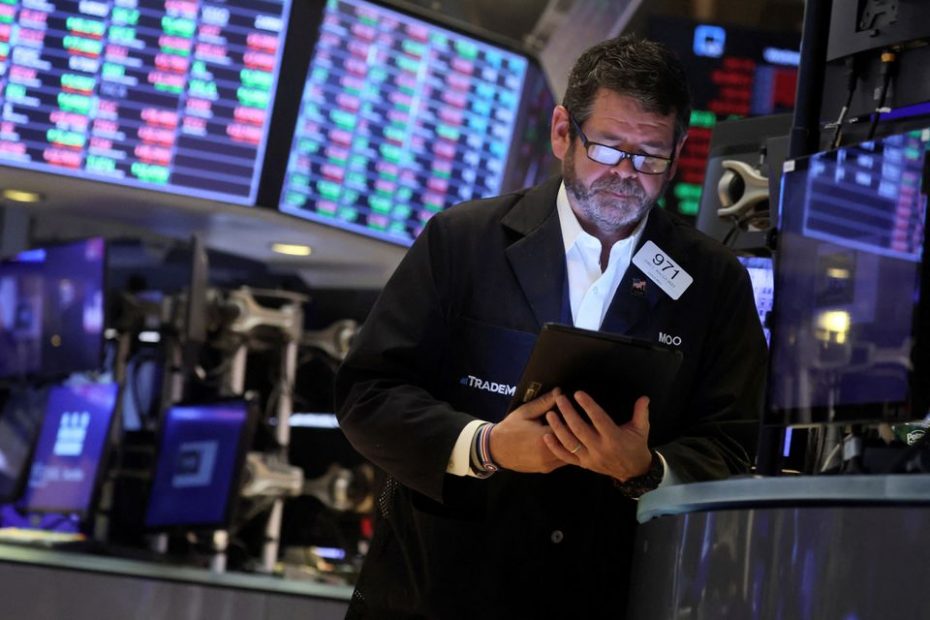 Wall Street closed sharply lower in a broad sell-off on Tuesday as
dire consumer confidence data dampened investor optimism and fueled
worries over the recession and the looming earnings season.

The S&P and the Nasdaq fell about 2% and 3% respectively, with Apple
Inc (AAPL.O), Microsoft Corp (MSFT.O), and Amazon.com (AMZN.O)
weighing the heaviest. The blue-chip Dow shed about 1.6%.

“Markets were fine today until the consumer confidence number came
out,” said Peter Tuz, president of Chase Investment Counsel in
Charlottesville, Virginia. “It was weak and markets immediately began
selling off.”

With the end of the month and the second quarter two days away, the
benchmark S&P 500 is on track for its biggest first-half percentage
drop since 1970.

All three indexes are on course to notch two straight quarterly
declines for the first time since 2015.

“At some point, this aggressive selling is going to dissipate but it
doesn’t seem like it’s going to be anytime soon,” said Tim Ghriskey,
senior portfolio strategist at Ingalls & Snyder in New York.

Data released on Tuesday morning showed the Conference Board’s
consumer confidence index dropping to the lowest it has been since
February 2021, with near-term expectations reaching their most
pessimistic level in nearly a decade.

The growing gap between the Conference Board’s “current situation” and
“expectations” components has widened to levels that often precede
recession:

Ten of the 11 major sectors in the S&P 500 ended the session in
negative territory, with consumer discretionary (.SPLRCD) suffering
the largest percentage loss. Energy (.SPNY) was the sole gainer,
benefiting from rising crude prices.

“It’s hard to attribute (market volatility) to one economic data point
with so much noise around portfolio rebalancing at quarter-end,”
Hainlin said.

“There’s not a lot of new information out there and yet you see this
volatile stock environment,” he said, adding that there will not be
much new information until companies start earnings.

With several weeks to go until second-quarter reporting commences, 130
S&P 500 companies have pre-announced. Of those, 45 have been positive
and 77 have been negative, resulting in a negative/positive ratio of
1.7 stronger than the first quarter but weaker than a year ago,
according to Refinitiv data.

Declining issues outnumbered advancing ones on the NYSE by a 2.28-to-1
ratio; on Nasdaq, a 2.70-to-1 ratio favored decliners.

Volume on U.S. exchanges was 11.54 billion shares, compared with the
12.99 billion average over the last 20 trading days.