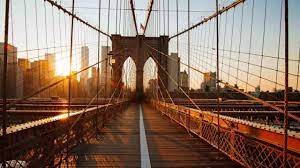 Your 401(k) can be a bridge from retirement to a higher monthly income.

Although you can start collecting Social Security at age 62, you can get much higher monthly payments if you wait as long as age 70. But many people want to or must retire before 70. If you’re one of them, consider a possible strategy, backed by recent research, to use your retirement savings to put off receiving Social Security.

New research from the Center for Retirement Research explores retiree appetite for a “bridge” between retirement and collecting Social Security benefits, specifically one where retirees tap 401(k) assets in an amount equivalent to what they’d draw from Social Security on a monthly basis. This stream of payments would continue until age 70 or until the money ran out.

Such an option appealed to a good number of survey respondents; nearly 27% said they’d use it to some extent, even with minimal information about plan details. Among respondents provided with more information on the option, the total climbed to 35%. Researchers also propose a formalized “bridge” plan that employers could offer using 401(k) funds.

But why tap those funds? The answer is that any chance to delay collecting Social Security benefits means you’ll receive a larger monthly check when you finally do start to draw benefits.

How Much Can You Increase Your Social Security by Delaying Benefits?

As a rule, retirees must decide for themselves when to begin claiming Social Security benefits.

If they can wait to collect, though, beneficiaries can increase the amount they receive every month by an estimated 77%. That’s the difference in monthly payments between people who start collecting Social Security at age 62 and starting at age 70. That means every month moving forward, your monthly payment will be that much higher if you wait to start receiving Social Security benefits than if you start as soon as you turn 62.

So the challenge is to pay the bills without collecting Social Security until turning 70.

That’s where the 401(k) bridge comes in. That money can be used to purchase income annuities or withdrawn regularly by the beneficiary to supplement Social Security benefits.

How Much of My 401(k) is Needed to Delay Benefits?

So how much money would you need to plan on spending from your 401(k) to make up for monthly benefits while you wait to start claiming Social Security? That, of course, depends on how much your benefits are expected to be and how long of a delay. You can find out your benefit projections by creating an account with Social Security.

The cost of the three years of monthly payments for someone projected to receive the maximum benefit would be just under $151,000, while the cost for eight years would be nearly $403,000. This doesn’t include any cost of living adjustments. But again, this is the maximum amount that Social Security pays. Your amount would likely be lower.

Researchers wrote that while the bridge strategy has received some attention from academics, retirees have not yet adopted the practice overall. Most retirees claim Social Security within a short time after leaving their jobs, although they have generally waited a little more than previous retirees because of the rise in the full retirement age.

“The potential for enhancing annuity income through Social Security is substantial since the majority of retirees claim before their (full retirement age) and about 95 percent claim before age 70,” the report says.