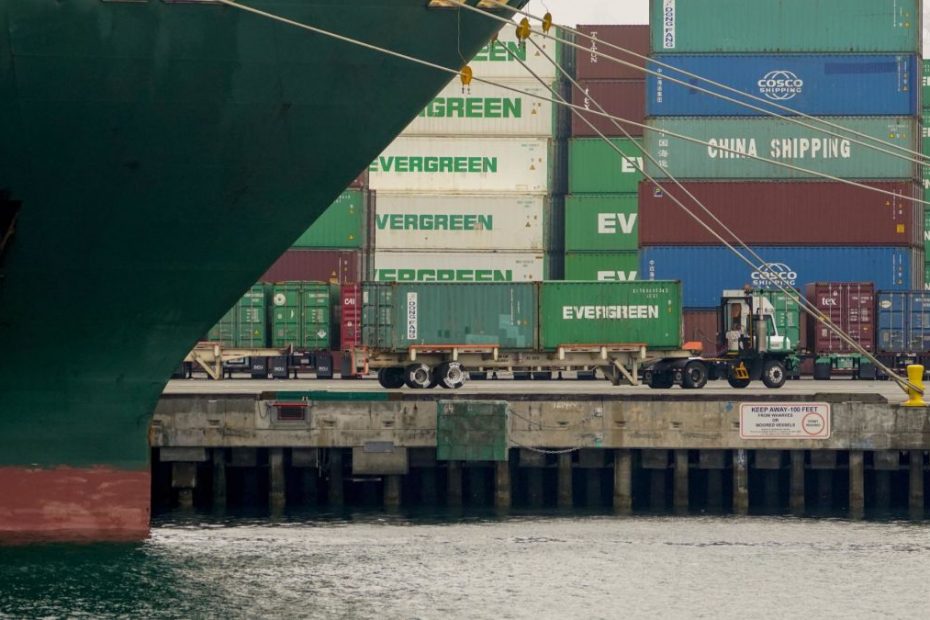 Another record-breaking number of imports passed through the US’s
major container ports this spring — showing no sign of a slowdown in
consumer demand, the National Retail Federation, or NRF, said Friday.

“Cargo volume is expected to remain high as we head into the peak
shipping season, and it is essential that all ports continue to
operate with minimal disruption,” said Jonathan Gold, NRF Vice
President for Supply Chain and Customs Policy, at the NRF.

US Ports handled 2.4 million (20 foot) containers in May — up 2.7%
from last year — setting a new all-time record number of imported
containers in a single month since the NRF began tracking imports in
2002 through their Global Port Tracker.

At the nation’s busiest port in Los Angeles — the port processed
967,900 containers in May, the third-best month of all time. And in
the first five months of this year, the Port of LA is on track to
equal last year’s record-setting pace.

So while congestion has eased — congestion on land is becoming
problematic. The number of containers sitting at the Port of Los
Angeles has risen in the last 30 days – to an average of 4.3 days —
and an average of 7.5 days at the dock’s railyard. The peak recorded
dwell time is 11 days.

In October the twin ports of LA and Long Beach announced a “container
dwell fee” that has been put on hold through Friday. The plan is to
delay the fee another week and revisit it then, according to Phillip
Sanfield, a spokesperson for the Port of Los Angeles.

Since the program was announced — the two ports have seen a combined
decline of 27% in cargo on docks, according to the Port of Los
Angeles. The fee would charge ocean carriers $100 per container and
$100 additionally for each day the container sits at the port.

Adding to the stress, the current contract between International
Longshore and Warehouse Union which represents about 22,000 West Coast
dock workers and port executives expired on June 30. The union said
members will continue to work through the expired contract — as
negotiations continue.

“Supply chain challenges will continue throughout the remainder of the
year, and it is particularly important that labor and management at
West Coast ports remain at the bargaining table and reach an
agreement,” said Gold.