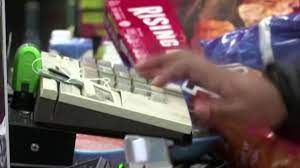 US consumer inflation reached its highest level in more than four
decades in May as surging energy and food costs pushed prices higher,
with little indication of when the upward trend could ease.

The Labor Department on Friday said the Consumer Price Index increased
8.6% in May from the same month a year ago, marking its fastest pace
since December 1981. That was also up from April’s CPI reading which
was slightly below the previous 40-year high reached in March. The CPI
measures what consumers pay for goods and services.

Mays increase was driven in part by sharp rises in the prices for
energy which rose 34.6% From a year earlier and groceries which jumped
11.9% on the year, the biggest increase since 1979. But inflation
pressures were distinctly broad-based in May said Sara House senior
economist at Wells Fargo securities, given everything from the
implications of the Russian invasion of Ukraine, the Chinese
lockdowns, and just the sheer appetite for travel.

What we’ve seen is the perfect storm of those factors hitting along
with some major refinery closures, she said inflationary pressures
we’re seeing nearly everywhere. The inflation news hit stock and bond
prices with investors fearing the Federal Reserve could be forced to
act more aggressively to tame surging price increases.