The Fed wants to cool the U.S. housing market. Here’s what that feels like 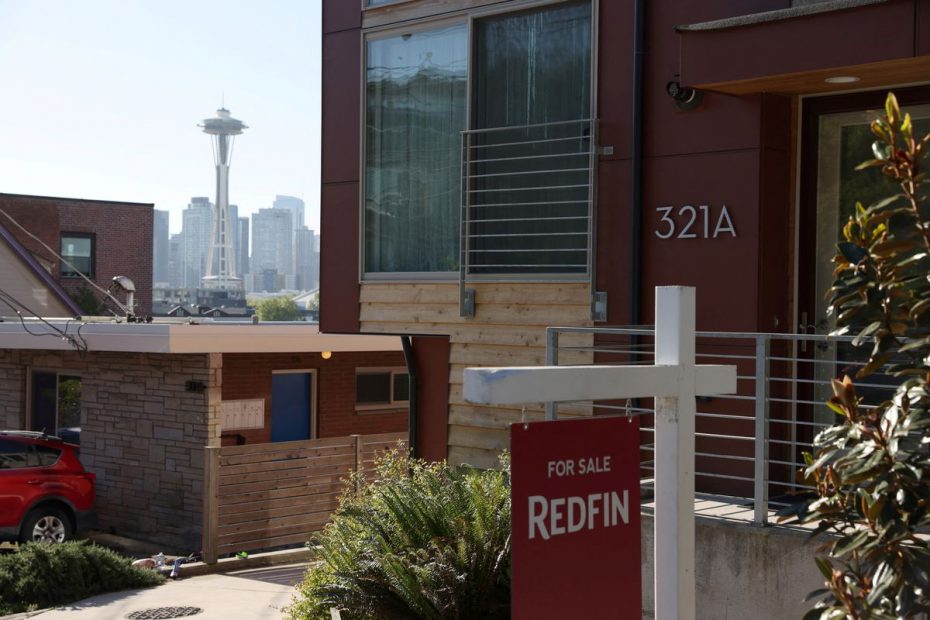 In mid-April, months into an increasingly frustrating house hunt,
Harsh Grewal and his wife settled on a place in a San Francisco suburb
and were prepping a bid, above the listed price so they’d have a
chance of besting other offers in one of the nation’s hottest housing
markets.

Then he checked his phone and saw several alerts, all touting reduced
prices for other homes they’d been tracking. The Grewals pulled their
offer and put their search on ice in hopes it was a sign the market
was finally cooling. “I want to see where this goes, and where the
dust settles,” Grewal said.

That’s exactly what Federal Reserve policymakers hope to see more of
as they raise interest rates to bring down 40-year high inflation.

One leg of their effort is taking the heat out of the housing market,
where low borrowing costs introduced to cushion the economy from the
COVID-19 pandemic helped fuel a 35% rise in home prices over the past
two years. While house prices are not part of the inflation indexes
the Fed tracks, they do feed into other factors – such as rents – that
are influential to inflation.

Rising rates mean borrowing for a house is suddenly more expensive.
The 10-year Treasury note yield, a benchmark for mortgage rates, has
risen on expectations of swift Fed rate hikes. The average
30-year-fixed home loan rate is now 5.37%, up more than 2 percentage
points since the year began, according to the Mortgage Bankers
Association.

So buyers of a typical existing home, which went for $375,000 in
March, will pay $440 more each month than they would have in December
if they put 20% down and borrow the rest at a fixed rate for a 30-year
term.

Higher interest rates account for most of that. Meanwhile, inflation
is also driving up grocery bills and gasoline costs.

“The housing market is definitely out of whack,” said Fed Governor
Christopher Waller, who recounted last month how he sold his St. Louis
home to an all-cash buyer with no inspection. “We’ll see how the
interest rates start cooling things off going forward.”

The last time mortgage rates rose this fast was in the spring of 1994.
Total home sales fell 20% as the Fed lifted rates, and home price
growth slowed.

Economists predict a sales drop and slowing price growth this time,
too, perhaps to a roughly 5% annual rate by year-end.

But an unprecedented collection of factors, including record-low
housing stock, unusually high household savings, an extremely tight
job market, and increased worker mobility are creating crosscurrents
that could blow that forecast off course.

Sales of previously owned homes were the lowest in nearly two years in
March, according to the National Association of Realtors. Mortgage
applications are down as well.

List-price drops like those the Grewals noticed are more common,
accounting for 13% of homes for sale in the four weeks from mid-March
to mid-April, according to real estate company Redfin, up from 9% a
year earlier.

At the same time, mortgage applications remain above pre-COVID levels,
and house prices hit a record as homes were snatched up typically
within 17 days of listing.

Some of that could be a last-gasp effort of buyers, particularly those
with pre-approved financing, racing to purchase homes before rates go
even higher.

“The next couple of months things are going to heat up until we get to
an inflection point,” probably this summer, Zillow Economist Nicole
Bachand said.

THIS TIME IS DIFFERENT?

The correlation between house price growth and mortgage rates, while
still strong, has been declining over the past 20 years, said Anne
Thompson, a lecturer and research scientist at MIT who recently
co-authored a paper with Yale University’s Robert Shiller arguing that
soaring prices do not appear to reflect a bubble.

“I wouldn’t even necessarily call it a cooling, I’d call it a
flattening of rates of appreciation, but not this year because there
are still relatively low-interest rates,” Thompson said, noting that
mortgage rates have historically been much higher.

Many regional markets remain very hot, particularly in the South,
helped by buyers having more flexibility on where they work as well as
strong wage gains amid a shortage of workers.

Those factors may also bolster housing sales even if higher rates take
some of the steam out of price rises.

Rob Lubow, 35, and his husband worked remotely from their two-bedroom
Austin, Texas, rental apartment until late last year when Lubow’s firm
began calling employees back to the office.

In January Lubow began looking for a new job that would let him work
from home permanently. A month later he had one – and a 35% salary
increase.

Their remote-only jobs meant mobility, so last month they bought a
three-bedroom house in Kingston, New York, for just under their
budget. The median home price there is $280,000, according to Redfin,
up almost 20% since last year.

Record low inventory over the past couple of years also means there is
plenty of pent-up demand, particularly among Millennials ready to set
up a home, whose share of purchases has been growing. But that is
bumping up against Boomers, discouraged from downsizing by the rising
costs of alternative housing, staying put and keeping the larger homes
desired by younger people off the market at a time when too few new
homes are being built.

Meanwhile, data from the Realtors group shows the share of all-cash
sales was the largest in nearly eight years in March, a sign supply is
being gobbled up by institutional investors or second-home buyers.

Mike Wang, 33, works at a vitamin manufacturer and rents a Los Angeles
apartment. He’s had a number of promotions and now makes 50% more than
he did three years ago. “Even with making more money than I could have
hoped for when I was 20-something, house prices have far outpaced that
– which when I think about that I’m like, holy cow, that is insane.”

So Wang says he sees little choice but to wait in the hope prices slow
as predicted and he can catch up enough to buy a house in a few years.

With so many people his age wanting to buy homes, and so few houses
being built, he’s not convinced it will happen that way.

“Having been surprised in the past, I wouldn’t be surprised to see
things buck all the analyst forecasts,” Wang said.