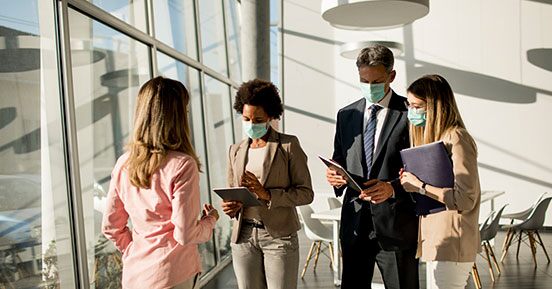 US companies and financial institutions are starting to settle on a new interest rate benchmark to replace the troubled London Interbank Offered Rate, which underpins trillions of dollars of financial contracts. Sales of corporate loans and derivatives tied to the secured overnight financing rate or SOFR have soared in 2022 with borrowers including crocs, Incorporated, and Norton LifeLock Incorporated, accelerating the shift away from issuing new debt tied to LIBOR, large US financial institutions meanwhile, have largely replaced LIBOR with SOFR regulators preferred choice for matters such as low rated corporate loans and derivatives on future debt sales.

Analysts said financial authorities started phasing out LIBOR in 2017 after the discovery that traders at large banks manipulated the rate which helps set borrowing costs on financial contracts such as mortgages and corporate loans. Starting this year, US banks can’t issue any new debt linked to LIBOR, while around $200 trillion of existing interest rate derivatives and Business Loans tied to the benchmark are set to expire by June 2023.

Regulators have worked with banks to promote broader adoption of SOFR, but the changeover has been slower than some expected, raising concern that an unruly transition would spark legal conflicts and spawn a complex mix of competing benchmarks.