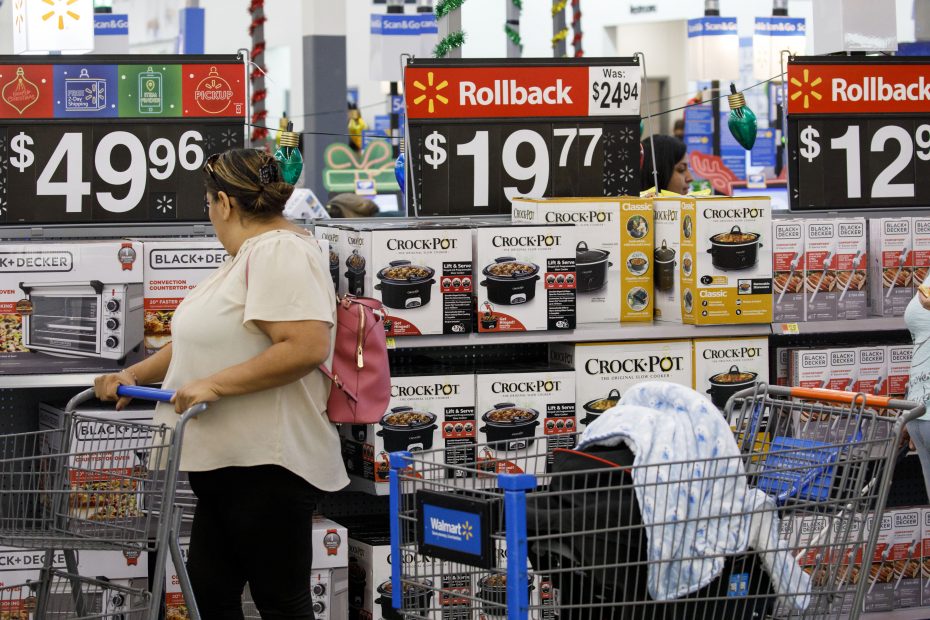 While advance retail sales were unchanged, total receipts excluding autos rose 0.4%. Economists surveyed by Dow Jones had been looking for a 0.1% increase in the top-line number and a flat total ex-autos. June’s gain was revised down to 0.8% from 1%.

Retail and food sales excluding gasoline and autos rose 0.7% from a month ago.

The numbers are adjusted seasonally but not for inflation, and come during a month when the consumer price index also was flat.

A tumble in fuel prices off their record nominal highs pushed down sales at the pump, with gas station receipts off 1.8%. Motor vehicle and parts dealers sales also fell sharply, declining 1.6%.

Gas prices had eclipsed $5 a gallon in many locations earlier in the summer, but fell through July and most recently were at $3.94 a gallon for regular unleaded, according to AAA.

“People appear to have used some of the savings from lower gas prices to spend more on other items, both in nominal and — very likely — real terms,” wrote Ian Shepherdson, chief economist at Pantheon Macroeconomics. “Auto sales have been severely constrained by the chip shortage, so pent-up demand likely is substantial. July’s other losers were department stores and clothing retailers, but all these components are noisy and subject to revisions.”

Those pullbacks in gas and auto sales were offset by a 2.7% increase in online sales and a 1.5% gain in miscellaneous stores.

Consumers have been fighting to keep up with an inflationary environment that has seen prices overall increase 8.5% from a year ago, close to the highest level in 40 years. Price rises have been especially pernicious in the food and energy category; even with the July slide in energy prices, gas station receipts climbed 39.9% from a year ago.

July provided some respite from inflation pressures, and the decline in fuel costs particularly allowed consumers to spend elsewhere.

Food sales rose just 0.2%, however, even as the food price index as measured by the Bureau of Labor Statistics increased 1.1% for the month. Sales at bars and restaurants also struggled, rising just 0.1%.

Some retailers also have struggled in the current environment.

Target on Wednesday said its earnings tumbled close to 90% from a year ago as it has had to mark down prices on the unwanted inventory.

The Federal Reserve has been using interest rate increases to hold back inflation. The central bank enacted consecutive 0.75 percentage point hikes in June and July and is expected to keep moving rates higher until inflation comes down to the Fed’s 2% goal.