Positive for now, CPA executives wary of inflation and other headwinds 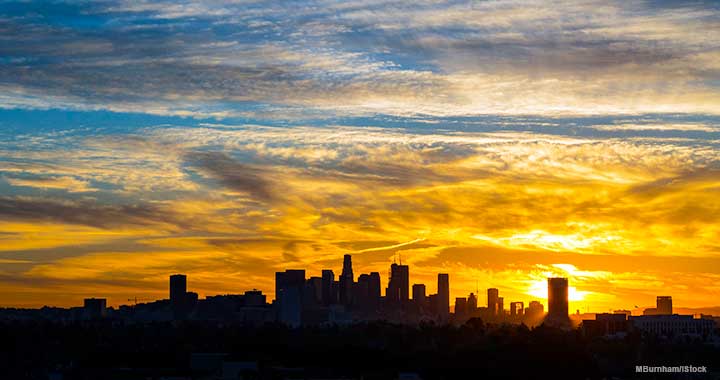 Economic sentiment among U.S. CPA decision-makers in business and industry remains positive overall, but the finance executives have concerns about inflation — which they knew about when the survey was open — and the uncertainty brought about by Russia’s invasion of Ukraine, which had not begun until this quarter’s survey was closed.

Results of the survey, conducted between Feb. 2 and Feb. 23, come with the note that while member responses, comments, and concerns may reflect the anticipation of that development, the survey closed prior to the invasion on Feb. 24.

Fifty-eight percent of respondents are optimistic about their own businesses for the coming 12 months in the first-quarter Business & Industry Economic Outlook Survey. That’s the same percentage as the previous quarter and this time a year ago. Optimism about the U.S. economy dropped from 41% in the fourth quarter of 2021 to 36% this quarter. Optimism about the global economy, based on February responses, was at 30%.

However, hiring remains firmly in the plans of businesses, and while inflation is the top challenge for the second consecutive quarter, the survey results remain more positive than negative.

Jennifer Owen, CPA, the CEO and CFO at North Coast Brewing Co., is optimistic that the business will expand in the coming year. North Coast has in the past focused on selling to restaurants and bars for on-premise consumption. That emphasis is changing. North Coast has added to its sales team and expects to distribute its product more widely in the 48 states where it currently sells beer.

“We’re looking to expand more on the chain level nationally, which is pretty much an untapped market for us,” she said. North Coast expects to have a reach beyond primarily West Coast grocery stores — Total Wine and Costco, for instance.

“I’m an optimist,” Owen said regarding the state of the U.S. economy. “I think if we open out of COVID, despite all other negative forces, people want to get out, and they want to spend money.”

She said that every quarter in the past six quarters, the town of Fort Bragg has recorded a new high in visitors, and she expects that tourism flow to continue.

“A lot of people have money, and they’re tired of being holed up. Despite inflation and everything else, I’m pretty optimistic that it’s going to be a decent year, not a 20% year, but I’ll take 5%.”

Another CFO who expects growth in the coming year is Scott Fleming, CPA, CGMA, of the Mississippi company Precision Blades Inc. Precision Blades makes numerous types of blades for industrial use — carpet, furniture, and packaging companies, to name a few — and it makes metal-cutting blades for companies to manufacture “all the metal parts you can imagine,” Fleming said.

Its three locations employ 49 people total, but that number is about to change. “We were about a $3 million company when I started in 2019,” Fleming said. “We’re projecting to be about a $10 million company in the next three years. We are growing, and the growth is happening at an accelerated pace.”

A reason for the growth, Fleming said, is a reshoring trend of manufacturing jobs to the United States from countries such as China and Mexico.

Fleming said the company doesn’t have difficulty holding on to employees — many of its workers have been on staff for 20 years or more. But it does have concerns about finding new ones. That is where inflation is a concern.

Growth expectations have also been tempered because of inflation at Life Link III, an air ambulance service that operates in Minnesota and Wisconsin. CFO Bob Sannerud, CPA, CGMA, said he remains optimistic overall but could see his outlook changing depending on how things play out related to inflation and the cost of fuel.

“With the timing of all that’s going on, the increase in interest rates, inflationary pressures, it’s going to impact our ability to grow because we’re going to have to divert resources from the growth to just buying everyday goods and services,” Sannerud said.

Life Link III’s salaries are projected to rise well above 4% this year, through a combination of market and merit increases. “We’re in a big battle for talent,” Sannerud said.

Still, expansion is on the horizon. Life Link III plans to open its 11th air base in May, which will grow the overall headcount by 5%. A 12th base is in the works for 2023. “Chances are we’re still going to go forward with it,” Sannerud said. “It may not be as profitable as it may have been simply because basically the price of everything is going up, so it squeezes the margins.”

The CPA Outlook Index (CPAOI), an equally weighted, nine-component look at the economy, dropped to 73 on a 100-point scale, down a point from the previous quarter but up 5 points from this time a year ago. A reading higher than 50 indicates positive sentiment.

Five of the nine CPAOI components are 9 points or more higher than they were a year ago. Sentiment about the domestic economy is the chief outlier, as it is down 9 points from a year ago.

The rate of expected profit growth fell for the third consecutive quarter, to an average of 1.6% for the next 12 months. Revenue projections dropped slightly from the fourth quarter but remained higher than a year ago.

Forty-five percent of respondents said their organizations had too few employees and that they plan to hire, up from 39% the previous quarter. An additional 12% said they didn’t have enough staff but were hesitant to hire.