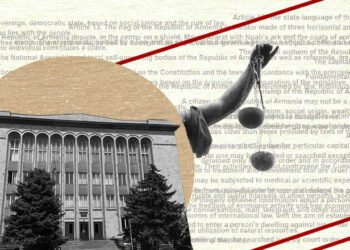 Millions of companies in the U.S. will have to report primary ownership, in an effort to close anti-money-laundering loopholes

Millions of companies in the U.S. will have to disclose their ownership to the federal government under a new anti-money-laundering rule issued by the Biden administration on Thursday.

The Treasury Department’s action is aimed at closing what national security officials had warned for decades was a gaping hole in corporate regulations. By requiring certain companies to identify their primary owners, officials say they aim to penetrate the shield of anonymity that has enabled drug traffickers, terrorists, corrupt officials, and other bad actors to keep their illicit activities hidden.

Although the new rule won’t take effect until the beginning of 2024, administration officials said it would provide critical help to law enforcement and intelligence analysts seeking to track down the billions of dollars in assets owned by Russian oligarchs and corrupt Kremlin officials, among others.

Opponents of the new rule said it would impose a regulatory burden that would disproportionately affect small businesses. The American Bar Association also said it risked interfering in attorney-client relations.

Currently, state regulations impose a hodgepodge of disclosure requirements, with many jurisdictions such as Delaware requiring little, if any, information on company owners. By hiding the ultimate owners of companies through complicated corporate structures—layer upon layer of companies that exist only on paper—bad actors can avoid detection, officials said.

The ability to create such so-called shell companies made the U.S. “the best place to hide and launder ill-gotten gains,” Treasury Secretary Janet Yellen

said before the Treasury Department proposed the rule last year.

But Thursday, Ms. Yellen said the new rule is a major step toward providing authorities the intelligence needed to combat illicit finance.

“It will help strengthen our national security by making it more difficult for oligarchs, terrorists, and other global threats to use complex legal structures to launder money, traffic humans and drugs, and commit other crimes that threaten harm to the American people,” she said in a statement.

Gary Kalman, head of the U.S. office of Transparency International, a nonprofit that advocates against corruption, said the action gives the U.S. diplomatic authority it previously lacked as it seeks to encourage other countries to enact similar regulations.

Primary owners of both foreign and domestic companies registered in the U.S. will have to provide their name, birth date, address, and unique identifying number from an approved identification document. Law enforcement, intelligence agencies, and financial institutions—which are required to vet their customers to prevent money laundering and other illicit finance—will then be able to access a confidential federal corporate beneficiary ownership database. Corporate lobbyists had fought to ensure the data wouldn’t be made public.

The administration provided nearly two dozen exemptions, including for financial institutions, broker-dealers, and other firms that U.S. officials said are already regulated under different authorities. Companies with gross receipts in the U.S. of more than $5 million are also exempt.

The rule has broad support across a range of business groups and industry associations, including the U.S. Chamber of Commerce. But for small firms such as local grocery stores and construction companies, the new disclosure rules could pose an additional regulatory burden, costing both time and money they can’t afford, according to the National Small Business Association.

Todd McCracken, president, and chief executive officer of the NSBA, said the regulations would require “burdensome, duplicative paperwork,” among other issues.

The Treasury Department estimated the rule would cost companies $85 a year to comply.

While corporate transparency advocates are praising the action, many also bemoan the lack of similar new standards for trusts and other legal business entities that continue to permit secret ownership structures. Administration officials said they are reviewing those regulations for possible changes.