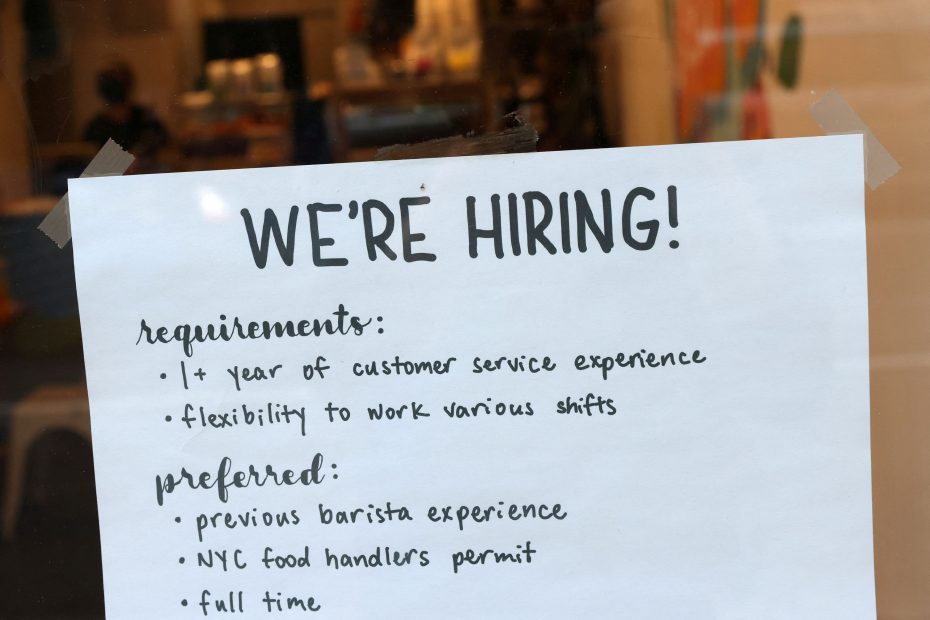 There were nearly 1 million more job openings than expected in July, an inflationary sign that the U.S. labor market is still extremely tight, the Bureau of Labor Statistics reported Tuesday.

Available positions totaled 11.24 million for the month, well in excess of the 10.3 million FactSet estimate, according to the Job Openings and Labor Turnover Survey. The total was about 200,000 higher than the 11.04 million in June, a number revised up from the initially reported 10.7 million.

The July numbers reinforced that there is still a considerable shortage of workers for available positions, with openings outnumbering available workers by just shy of a 2-to-1 margin. That, in turn, is inflationary as employers are forced to offer higher compensation to attract workers at a time when prices are rising near their fastest pace in more than 40 years.

Hiring declined during the month, falling to 6.38 million. Quits, a closely watched metric for worker confidence, also dropped, down to 4.18 million as those leaving their jobs as a percentage of the workforce declined one-tenth of a percentage point to 2.7%, still relatively high by historical standards.

Changing jobs has proven lucrative during the Covid era, with switchers seeing an average 6.7% annual wage growth rate, well ahead of the 4.9% rate of those who have stayed in their positions, according to the Atlanta Fed.

Total separations declined slightly in July to 5.93 million, as the rate edged lower to 3.9%. Layoffs and discharges were little changed at just under 1.4 million.

The JOLTS report comes three days ahead of the closely watched August nonfarm payrolls release Friday from the BLS. The Dow Jones estimate is for a growth of 318,000, but the job openings numbers add potential upside to that count as companies continue to look to hire.

Fed Chairman Jerome Powell at last month’s meeting noted an “extremely tight labor market” in his remarks about the central bank’s efforts to bring down inflation.

Powell warned that ongoing hikes likely would result in “below-trend economic growth and some softening in labor market conditions.”

“But such outcomes are likely necessary to restore price stability and to set the stage for achieving maximum employment and stable prices over the longer run,” he added.

However, signs that hiring demand remains robust indication that the rate increases may not be slowing growth as much as the Fed has hoped.

Traders upped their bets that the Fed will enact a third consecutive three-quarter point interest rate hike at its September meeting. The probability for that move over a half-point increase was 76.5% on Tuesday morning, according to CME Group data.