Is Your Compensation Reasonable? For Tax Purposes, That Is 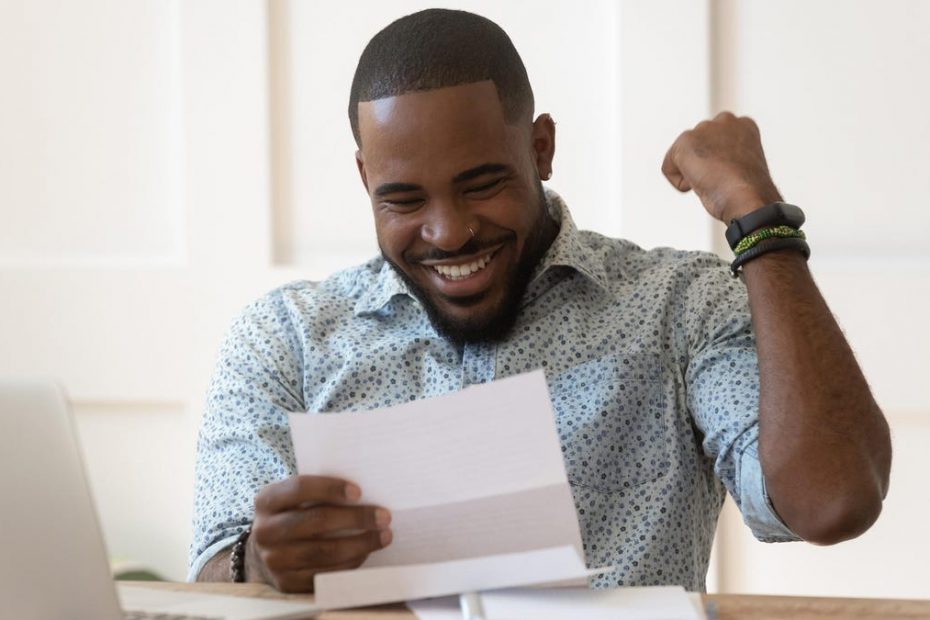 There are two universal principles regarding the reasonableness of
employee compensation: (i) most people feel they are under-compensated
and (ii) those same people feel their friends and neighbors are
overcompensated. There are many reasons for this phenomenon, but for
our unscientific purposes it’s enough to think of reasonableness like
beauty – it’s in the eyes of the beholder.

The tax world is no different, except the incentives differ when it
comes to determining how much compensation is “reasonable.” The
particular tax incentive will depend on the type of entity and tax
involved.

The concept of reasonable compensation comes into play with C
corporations and S corporations, and then almost exclusively in the
context of compensation paid to owners of the business. In some
circumstances, taxpayers are better off tax-wise if they pay
shareholder-employees a higher salary; in others, they are better off
paying a lower salary. This creates an interesting tension between
taxpayers and the IRS because they end up on both sides of the
reasonable compensation issue, which is uncommon in the tax arena.
Usually, the IRS is expected to argue one position and taxpayers the
opposite. For example, taxpayers frequently deduct items that the IRS
disallows, but the IRS generally does not argue that taxpayers should
have deducted an expense they did not deduct. With reasonable
compensation, taxpayers need to thread the needle between paying an
amount that is too high or too low depending on the situation.

Let’s see why that is the case.

C corporations can deduct no more than a “reasonable allowance for
salaries and other compensation for personal services.” (There are
additional limitations on publicly traded corporations not discussed
here.) This is considered an ordinary and necessary business expense,
and the amount that is considered “reasonable” serves as an upper
limit to the amount that can be deducted – anything over such amount
is termed lavish or extravagant. Thus, if the IRS were to challenge a
taxpayer’s deduction for compensation (which includes regular pay and
a bonus) as unreasonable, then it would argue the amount paid exceeds
an ordinary and necessary amount. Note the IRS would not challenge the
taxpayer’s ability to pay its employees whatever it wants; rather, the
IRS would argue that the “unreasonable” portion of the compensation is
not tax-deductible.

With S corporations, the reasonableness of salary usually serves as a
floor – a minimum amount that is necessary to prevent a recast of
earnings distributions into wages. If the IRS were to challenge an S
corporation’s deduction for compensation as unreasonable, then it
would argue the amount paid was insufficient, and that the taxpayer’s
earnings distribution was really a disguised payment of wages, and
therefore subject to employment taxes. Let’s see why that is the case.

An S corporation offers pass-through taxation, i.e., one layer of
taxation at the shareholder level. This is more favorable than the
taxation of a C corporation, which involves two levels of taxation –
once at the entity level and a second time at the shareholder level
when profits are distributed. The tradeoff for the favorable tax
treatment afforded to an S corporation is that it is subject to
restrictive qualification requirements, such as: (i) it must be a
domestic corporation, (ii) its shareholders must be individuals or
certain trusts or estates – no partnerships, corporations, or
nonresident aliens, (iii) it cannot have more than 100 shareholders,
(iv) it can have only one class of stock, and (v) it cannot be an
ineligible corporation like a financial institution or insurance
company.

Consider a profitable business that earns $3 million a year for its
sole or principal shareholder. If the $3M is paid to the shareholder
in the form of salary or bonus, then the employment taxes applicable
to the S corporation and to the employee would total about $130,428,
consisting of a Social Security tax of 12.4% on wages up to $147,000,
Medicare tax of 2.9% on all wages, and the additional Medicare tax of
0.9% on wages over $200,000 (we ignore federal unemployment taxes
(FUTA) on the employer because the amount is negligible).

If you’re still paying attention, then you’re probably asking yourself
why not just reduce the compensation to zero and call the whole $3M a
distribution from the S corporation, and avoid employment taxes
altogether? While that works from a mathematical perspective, it does
not work from a tax perspective. How do we know that? Because the IRS
said so back in 1974 when it issued Revenue Ruling 74-44 to
recharacterize dividends paid in lieu of wages as wages. Moreover,
courts have routinely held that when an officer or shareholder
provides more than minor services to a corporation and receives or is
entitled to receive a payment, then such person is an employee of the
corporation and is subject to federal employment taxes. Treasury and
the IRS even memorialized this rule in regulations, and the
regulations apply even if the parties designate the payment as
something other than wages. Labels are immaterial in this context.

So what is a reasonable allowance for compensation? To start with, the
IRS provides no clear guidance on points – no ranges, no safe harbors,
no rules of thumb, though it did publish a Fact Sheet in 2008 and a
Job Aid in 2014 for IRS valuation professionals. Even though some
would be tempted to fault the IRS for not issuing clear guidance, more
likely its silence reflects a recognition of the fact that
reasonableness is very fact sensitive and what is reasonable in one
context may be unreasonable in another. Thankfully, courts have filled
in the gap by developing a list of factors to consider: (i) training
and experience, (ii) duties and responsibilities, (iii) time and
effort devoted to the business, (iv) dividend history, (v) payments to
non-shareholder employees, (vi) timing and manner of paying bonuses to
key people, (vii) what comparable businesses pay for similar services,
(viii) compensation agreements, and (ix) the use of a formula to
determine compensation.

Recognizing that the determination of reasonableness is more art than
science, some practitioners suggest a 60-40 approach as a rule of
thumb – that at least 60% of the amounts distributed to the
shareholder should be categorized as wages, and the remainder can be
distributed as profits. This seems conservative, especially since
then-Senator Joe Biden and his wife, according to press reports,
including in 2017 and 2018 about 2% and 13%, respectively, of their S
corporation’s income as wages. In 2019, however, they increased that
percentage to about 60% of their S corporation’s income as wages.

Other practitioners refer to comparable salary data on government
websites (like the tax statistics published by the IRS), in trade
publications, and on job-related websites like Monster.com or
Salary.com, to determine the average salary for owners of businesses
in their industry. This is helpful, but it doesn’t account for many
relevant factors like regional differences or differences specific to
the business and to the individual performing the services.

There is usually a range of acceptable wages in any particular
situation, and if you find yourself in court with a reasonable
compensation dispute, your lawyer most likely will hire an expert
witness to perform a compensation study and the IRS will engage its
own expert for the same purpose, and there will be a battle of the
experts.

The top tax rate applicable to C corporations is 21% after the passage
of the Tax Cuts and Jobs Act (TCJA) in 2017. C corporations receive no
deduction for dividends, and shareholders are required to pay an
additional tax of 20% on their receipt of qualified dividends plus the
net investment income (NII) tax of 3.8% if their income exceeds
certain thresholds. To minimize this tax burden, owners of C
corporations often attempt to eliminate the tax burden by zeroing out
the corporation’s taxable income with bonus payments. Even though the
owner pays income and employment taxes on the wage income, the
corporation pays zero (or reduced) income tax and the overall tax
burden is lowered.

This strategy, while effective, does not always work. The IRS has the
ability to thwart it by recasting the unreasonable portion of the
wages as a nondeductible dividend. The Tax Court recently considered
such a scenario where a business owner tried to reduce corporate taxes
by dramatically increasing his salary when the business took off. In
Clary Hood, Inc. v. Commissioner, T.C. Memo. 2022-15 (March 2, 2022),
the Tax Court rejected the corporation’s attempt to reduce its tax
burden in this manner and held that a large portion of the
compensation paid to the owner was unreasonable, and thus
nondeductible.

The Tax Court analyzed the totality of the evidence in the case,
including the expert witness testimony, and it found “most relevant
and persuasive” the comparable pay by comparable concerns, the C
corporation’s distribution history, the setting of Mr. Hood’s
compensation in the years at issue, and Mr. Hood’s involvement in the
business. The court concluded that a reasonable wage expense for 2015
and 2016 was $3.7M and $1.4M, respectively. As a result, the
corporation was unable to deduct the “unreasonable” portion of the
compensation paid to Mr. Hood and it owed corporate tax on such
amounts.

Since the passage of the TCJA, pass-through entities like S
corporations enjoy a 20% deduction on their qualified business income
(QBI). This deduction was intended to lower the rate of tax applicable
to income from pass-through entities because the top tax rate
applicable to C corporations was reduced from 35% to 21%. The QBI
deduction is scheduled to disappear after 2025, though it could be
extended by Congress before that time.

The reasonable compensation issue plays a role in the QBI computation
because S corporation shareholders are allocated a pro-rata share of
the S corporation’s QBI and such amount is determined after the
deduction of reasonable compensation. It also plays a role in
determining the amount of a QBI deduction limitation that restricts
the benefit of the QBI deduction in cases where the amount of the
deduction exceeds a defined amount of wages paid and capital
investment i.e., the so-called W-2 wages/UBIA limitation.

As if that weren’t enough, there is the excess business loss (EBL)
limitation to consider.

The EBL limitation also came into effect as part of the TCJA and was
originally scheduled to expire after 2025; however, the CARES Act
postponed it through the end of 2020, and the American Rescue Plan Act
of 2021 extended it through 2026.

The EBL limitation generally limits the ability of non-corporate
taxpayers to deduct losses in excess of specified threshold amounts;
in 2022, the limits are $270,000 for single filers and $540,000 for
joint filers, and these limits are adjusted annually. Specifically,
the EBL limitation applies to the amount by which (i) the taxpayer’s
total amount of business deductions in excess of the total amount of
gross income and gains attributable to such businesses (disregarding
the QBI deduction) exceeds (ii) the threshold amount. Any EBL is
treated as a net operating loss (NOL) carry over to the following tax
year, so it is a timing provision rather than a disallowance
provision.

So let’s try and put it all together using an S corporation as the
example. In general (and there definitely are exceptions), the greater
the number of wages paid to shareholder-employees, the greater the
amount of employment taxes, the lesser the amount of the QBI deduction
and W-2 wage/UBIA limitation, and the more likely the EBL limitation
is to apply. Conversely, paying fewer wages reduces employment taxes
and potentially increases the QBI deduction, and reduces the chances
the EBL limitation would apply.

As can be seen, things can get confusing pretty quickly. Taxpayers and
practitioners alike are often confounded by the issue of reasonable
compensation. It is a sticky wicket. But with careful planning and
qualified tax advice, it is an area of uncertainty that can be
managed.