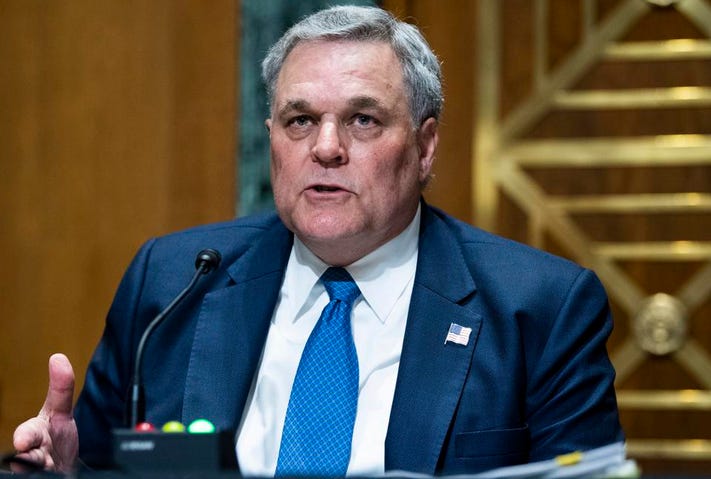 Internal Revenue Service Commissioner Charles Rettig told lawmakers
the IRS has been working hard this past filing season during a
congressional hearing Thursday as he heard first-hand testimony from
their constituents about the problems they encountered.

“IRS employees want to do more to help taxpayers,” he said in his
opening statement. “We want to be able to answer the phones and
respond to questions. We want to be ready, whenever a crisis hits, to
deliver economic relief quickly — as our employees demonstrated
repeatedly during the current pandemic, working long hours to deliver
crucial programs. During this challenging period, the IRS has been
operating in an ‘all-hands-on deck’ approach, leaving nothing off the
table for consideration to improve overall service.”

National Taxpayer Advocate Erin Collins spotlighted the continuing
problems she has been seeing. “The biggest problems taxpayers
encountered last year – and are continuing to encounter this year –
were return processing delays, correspondence processing delays,
difficulty reaching the IRS by telephone, and the inability to obtain
information from the IRS’s Where’s My Refund? and Where’s My Amended
Return? Tools,” she said in her opening statement.

During her annual report to Congress, she called attention to the
lingering problems with processing paper tax returns, which became
especially acute during the early months of the pandemic in 2020 when
many IRS facilities were closed and unopened mail stacked up in
storage. “Paper is the IRS’s kryptonite,” said Collins. Even though
the IRS has been catching up on its backlog of millions of tax returns
from last year and is down to 2.9 million paper returns received in
2021, new returns and correspondence are piling up this tax season.
Collins said that as of April 8, 2022, the IRS had in its inventory
about 20.9 million tax returns and about 5.3 million pieces of
taxpayer correspondence and accounts management cases.

Through April 8, the IRS processed more than 99 million individual
federal tax returns and issued more than 70 million refunds totaling
more than $222 billion. “While the filing season has presented no
major disruptions or surprises, we know we have a great deal of work
to do in many other areas of the IRS,” said Rettig. “The IRS continues
to focus on working to reduce paper correspondence inventory and
process paper tax returns from 2021 as well as improve our response to
an unprecedented level of phone demand — situations that have been
compounded by the pandemic and related issues.”

He noted that in the fiscal year 2021, the IRS received more than 15
million individual paper returns and had a significantly higher error
rate on individual returns mainly due to challenges associated with
reconciling funds received through stimulus programs like Economic
Impact Payments. The IRS received far more than 10 million returns
where taxpayers didn’t properly reconcile the two EIPs received in
2020 against the amount of the Recovery Rebate Credit stated on the
tax return they filed in 2021. Similarly, more than 10 million
individuals reported unemployment compensation on their return that
was subject to the exclusion enacted by Congress during the 2021
filing season. In addition, millions of taxpayers elected to use 2019
rather than 2020 as the base year for determining their Earned Income
Tax Credit, a legislative change by Congress that was enacted after
the IRS’s technology development for the 2021 filing season had been
completed, Rettig pointed out. Each of those returns required manual
review and resolution by an IRS employee.

“Congress, at a minimum, must resource the IRS appropriately — and
then hold IRS leadership accountable for making sure those resources
are properly deployed to provide the American people the level of
service they deserve from this vitally important agency,” said Rep.
Gerald Connolly, D-Virginia, who chaired the hearing.

Even though Congress has been putting these obstacles in the way,
lawmakers took the IRS to task for failing to help constituents who
had spent hours on the phone trying to reach the agency for help. Mike
Solomon, a resident of the District of Columbia, said in a video
played by one of the lawmakers about how he had filed his taxes
through TurboTax but received no refund from the IRS after months went
by nor any further information.

“I repeatedly checked the IRS website for status updates, but received
nothing but a generic message saying my return had been received and
was being processed, but nothing else,” he said. “Eventually after
months of no information, I attempted to contact the IRS via email but
got no reply to my message. I then was able to find a phone number but
called and found myself in a maze of responses that always ended up
with either being disconnected or left at a voicemail box where I
couldn’t leave a message. In the meantime, I am currently in between
jobs and have three kids at home, so the money from my refund would go
a long way toward helping my family, but I still have no information
as to where things stand and when I might be able to receive that
money.”

His story is not an outlier, noted Rep. Eleanor Holmes-Norton,
D-District of Columbia, pointing to a new report from the Government
Accountability Office. “In the 2021 filing season, the IRS received
199 million calls, more than four times more calls than the agency
received in 2019, two years ago,” she said. “At the end of the 2021
tax-filing season, the IRS had 5.9 million pieces of unanswered
correspondence, nearly three times more than the 2 million pieces in
2019. And as Mike described, GAO also found that the ‘Where’s My
Refund tool is not actually helpful in explaining why a refund is
delayed.”

Rettig pledged to help taxpayers who were experiencing such delays and
he offered to give his cell phone number to lawmakers to contact him
on behalf of their constituents. In one of the other videos, a young
mother discussed how her congressional representative had finally
helped her get through to the IRS after being unable to reach anyone
there by phone on her own, but she was still awaiting her much-needed
refund.