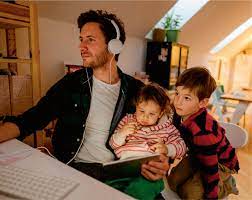 The coronavirus (COVID-19) pandemic triggered an exodus of workers
from their comfortable offices to the safety of their homes and other
remote locations. For some, this displacement is temporary and will
end when the pandemic subsides; for others, the ability to work
remotely represents a paradigm shift that may be felt for many years
to come. This article explores some of the state income tax issues
created by the relocation of workers.

One common issue involves residency and the “leave and land” rule used
by most states to establish a change of domicile. Under this rule, a
taxpayer must both “leave” her old place of residence and “land” in
her new home. A temporary departure, no matter how long, will not
qualify. The landing has to represent a permanent (or at least
indefinite) move. If a taxpayer returns to her original home after the
pandemic, an auditor will surely use “20/20 hindsight” to suggest that
the original departure was temporary. The consequences of this rule
can be quite significant, because a domiciliary of a state can be
subject to tax on worldwide income, regardless of where the taxpayer
has been spending time.

A husband and wife, New York City residents, departed for their home
in the Hamptons in March 2020. Their children continued their New York
City-based schooling through remote learning and the parents have no
plans to return to their New York City apartment until sometime in
2022, once things return to “normal.” It is clear that this couple,
who have not been in New York City since March 2020, will continue to
be subject to New York City taxes on their worldwide income. Although
they clearly left New York City, they did not “stick the landing”
(i.e., relocate permanently) in the Hamptons due to their intent to
return. Many taxpayers are surprised to learn of this result.

Kathy is a New York domiciliary who moved to Florida to stay with her
parents during the pandemic. She planned to move back to her apartment
in New York City after the pandemic subsided, but she enjoyed life in
Florida and decided to make it her permanent home. She terminated her
New York City lease and acquired her own abode in Florida.

As noted in Case Study 1, Kathy would continue to be a domiciliary of
New York City until she decides to make her move to Florida permanent.
Although Kathy ultimately changed her domicile, tax practitioners are
required to identify and report the exact date that her residency
changed. Under the law, Kathy’s domicile changed once she decided to
remain in Florida permanently. But Kathy must demonstrate by “clear
and convincing evidence” that she intended this change of residence.
Because no one can read her mind, auditors will look at objective
evidence to see if and when it reflects her stated intention. Auditors
will want to know when Kathy terminated her New York City lease when
she packed her belongings and moved them to her new home, and the date
she acquired her own place in Florida. Contrary to common belief, most
auditors are unimpressed by taxpayers who merely change their driver’s
license and voter registration to a new state.

The burden to prove a change of domicile is on the taxpayer; the
stronger the evidence, the easier it will be to succeed in an audit.

In addition to taxing domiciliaries, most states also have a rule that
allows them to tax nonresidents on their worldwide income if they
maintain living quarters within the state and are physically present
in that state for more than 183 days. In New York, this rule also
trumps domicile.

In October 2021, Stephen decided to sell his investment in Bitcoin. He
and his spouse (and the family dog) moved to Texas, enrolled their
kids in a Texas school, and did not return to their New York City
apartment until the summer of 2022, for a two-month vacation, before
returning to Texas for the next school year. On December 1, 2021,
Steven sold his Bitcoin for a large profit.

Stephen and his family undoubtedly changed their domicile to Texas in
October 2021. Although the Bitcoin sale did not occur until December,
Stephen will most likely still owe tax to New York State and New York
City on the entire gain. This is because, during the 2021 calendar
year, he was probably in New York for more than 183 days while
maintaining living quarters there for the entire year. Even though
Stephen changed his domicile to Texas, his residency, for New York tax
purposes, was still in New York, at least for 2021. And because he
continues to maintain the New York City apartment, he will be taxed as
a New York State/City resident for any year that he spends more than
183 days in New York State/City.

Jessica and her spouse left New York for their Connecticut beach house
in March 2020, with no plans to return to New York until 2023. Once
again, the couple will be taxed by New York for their entire stay in
Connecticut since they did not “stick the landing” (i.e., relocate
indefinitely to Connecticut). But like New York, Connecticut also has
a rule that imposes a tax on nonresidents who spend more than 183 days
in the state while maintaining living quarters there. Here, because
Jessica and her husband were domiciled in New York, the Empire State
will tax them on their worldwide income. Unfortunately for these
taxpayers, Jessica and her husband are also considered statutory
residents of Connecticut, taxable by Connecticut on their worldwide
income. And although Connecticut and New York will each provide a
credit for taxes paid on income earned in the other state, all of
their intangible income (interest, dividends, capital gains on stock
sales) is subject to tax in both states, with no credit available for
taxes paid to either state.

With so many New Yorkers leaving the state during the pandemic, there
has been an increased focus by the New York State Department of
Taxation and Finance on taxpayers who changed their residency status
in 2020, or who reported less New York–sourced income in 2020 than in
2019. This has turned into a major new desk audit initiative where
over 100,000 taxpayers have received an inquiry letter asking for more
information about their residency status and income allocation during
the 2020 tax year.

Typically, a taxpayer will receive a letter, either a Form DTF-948 or
DTF948O, “Request for Information.” The questions seem innocuous
enough, but most preparers believe that taxpayers’ responses will be
used to identify strong candidates for a follow-up and detailed field
audit. In other words, this new initiative seems to be an initial
attempt by the state to triage the large number of taxpayers who have
either claimed to have left the state or are reporting significantly
less New York–sourced income.

Taxpayers and their representatives need to be very careful how they
respond to these seemingly innocent inquiries because, as they say in
movies, “anything you say can and will be used against you.” And, as
we all know, you can’t “un-ring” a bell.

Even if taxpayers have changed their tax residence, there is still an
issue of how much income earned by nonresident taxpayers is taxable by
New York State. A previous article by the authors discussed some of
the tax implications of COVID-19 telecommuters (“Tax Implications of
COVID-19 Telecommuting and Beyond,” https://bit.ly/3mXWnMk) but New
York’s “convenience of the employer rule” existed well before the
pandemic, and will continue to impact nonresidents going forward.
Under this doctrine, the sourcing of employment compensation earned by
a New York-based employee depends on why the employee worked out of
state. If the employee was working remotely for her own convenience,
then the compensation defaults to her New York employer’s location;
however, if she was working remotely by necessity, the income will be
sourced to the employee’s physical location. For employees working
remotely as a result of the pandemic, the question is: what is
considered a “necessity”?

At the beginning of the pandemic, only essential workers were
permitted to work on-site in a New York employer’s office. The
remaining nonessential workforce was prohibited from entering their
offices. In spite of this, New York State has taken the position that
employees who worked from home during this period are subject to the
convenience rule and that the income defaults to the employer’s
location. So, if an employee of a New York-based business lived in
Connecticut and historically commuted to New York before the pandemic,
the governmental prohibition from entering the New York office during
the pandemic is still subject to the convenience rule in the eyes of
the New York taxing authorities. Quite frankly, it is hard to
understand how an employee’s work from home was not based on necessity
when it was illegal for them to enter their New York offices. This
issue will most certainly be played out in the courts.

It is important to recognize that there is an exception to the
convenience rule that applies to nonresidents who did not work a
single day in New York State during a calendar year. Pursuant to Hayes
v. State Tax Commissioner [401 N.Y.S.2d 876 (3d Dep’t 1978)], “a
non-resident who works in another state but who performs no work in
New York is not subject to New York State tax liability no matter for
whose convenience or necessity he performs the work.” Consequently,
when a nonresident performs no services in New York, the convenience
rule does not apply. [There are other planning opportunities to avoid
New York’s convenience rules as well; for example, see TSB-M-06(5)I.]

Before the pandemic, Aaron lived and worked in New York City. In early
2020, he moved out of his New York City apartment, terminated his
lease, and began working remotely from his mountain home in Colorado.
By April 2020, he had taken sufficient steps to change his domicile to
Colorado. His New York office remained open during the pandemic, but
most employees worked remotely in different states across the country.
Aaron has not worked in New York since 2020, and his employer is fine
with this arrangement.

In this case, New York will take the position that the convenience
rule applies to all of the work performed by Aaron in 2020, even
though he left New York and never returned. This assumes that Aaron
had no business purpose for working from Colorado that would transform
the situation from one of convenience to one of necessity. Regardless
of the convenience/necessity dichotomy, however, the convenience rule
should not apply to any work performed in 2021, because Aaron did not
work in New York for even a single day.

The most difficult aspect of this example is that although New York
State will continue to tax Aaron throughout 2020, the state of
Colorado believes it has every right to tax him whenever he is
physically working in Colorado. Like many states, Colorado does not
respect New York’s convenience rule and believes it has every right to
tax its residents on income earned from services performed in the
state while not allowing a resident credit if another state seeks to
tax that income. This leads to a very difficult situation, where an
employee of a New York business could potentially be subject to double
taxation on income earned in another state.

According to the U.S. Census Bureau, New York lost more than 319,000
residents (1.6% of its population) between June 2020 and July 2021
(https://bit.ly/3t4Blj0). This was a greater loss than any state in
the nation. This mass exodus has created a myriad of residency-related
questions and issues. Tax preparers need to be aware of the state
income tax consequences for the common circumstances highlighted
above. Because the state tax world is continually changing, tax
professionals will also want to be on the lookout for any changes to
the taxing authorities’ response to these unusual times.