High inflation has 58% of people nervous about their savings, a survey finds. One trick may help you boost your emergency cash 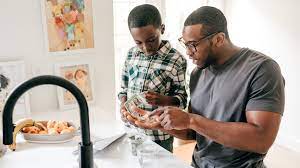 The percentage of people who are uncomfortable with the money they
have set aside is now 58%, up from 44% two years ago, a new
Bankrate.com survey finds.
“Inflation being at four-decade highs will erode your comfort level in
the buying power of your emergency savings,” said Greg McBride, chief
financial analyst at Bankrate.com.
Here’s how to think about where you put your cash now to boost your
financial confidence.

As record-high inflation persists in the U.S., Americans are feeling a
new side effect — insecurity around their emergency savings, according
to a new survey from Bankrate.com.

The percentage of people who are uncomfortable with the amount of
money they have set aside is now 58%, up from 44% two years ago, the
June survey found.

Meanwhile, people who say they are comfortable with their emergency
savings are now 42%, down from 54% two years ago.

Yet there are signs people may have more money set aside now than in years past.

The poll found that 23% of respondents have no emergency savings at
all, down from 25% last year. That is among the lowest levels in 12
years of polling by the personal finance website.

At the same time, 27% of households have enough emergency savings to
cover six months or more of expenses, up from 25% in the past two
years. That is the highest it’s been since 2018.

“Despite having more savings, comfort level is way down,” said Greg
McBride, chief financial analyst at Bankrate.com. “Inflation being at
four-decade highs will erode your comfort level in the buying power of
your emergency savings.”

The survey was conducted online and by phone between June 3 and June
5. It included 1,025 respondents.

Another reason people may feel less secure with their emergency cash
is they may have less of it compared to a year ago.

About 34% of survey respondents had fewer emergency savings than they
had a year ago, while less than 24% of people said they have more.

“With inflation running as high as it is … that’s an indicator that
those excess savings are being relied upon in a time of inflation
outpacing wage gains,” McBride said.

Admittedly, it can be difficult to find extra money to set aside when
prices are higher everywhere.

How to improve your savings

One possible solution is to pay yourself first if you do have the
wiggle room to save money.

“It’s best to just lop that savings right off the top before you even
see it and then build the budget around what’s left,” McBride said.

“It’s really tough to go at it the other way in this environment
because costs are increasing so fast,” he said.

One bright spot to savings now is that as interest rates rise, savers
stand to get a better return on their money.

Many households with savings have that money in accounts earning just
0.01%, McBride said. Now, online savings accounts are paying upwards
of 1.5%, which is rising by the day, he said.

“There’s an immediate 150-fold increase in interest earnings while
still preserving access to the money and the protection of federal
deposit insurance,” McBride said.