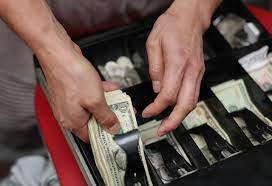 New York (CNN) — Many CEOs, investors, and consumers are worried about a recession in 2023. But Moody’s Analytics says the more likely scenario is a “slow session,” where growth grinds to a near halt but a full economic downturn is narrowly avoided.

“Under almost any scenario, the economy is set to have a difficult 2023,” Moody’s Analytics chief economist Mark Zandi wrote in a report on Tuesday. “But inflation is quickly moderating, and the economy’s fundamentals are sound. With a bit of luck and some reasonably deft policymaking by the Fed, the economy should avoid an outright downturn.”

Moody’s said in a slow session — a phrase coined by Zandi’s colleague Cristian deRitis — economic growth “comes to a near standstill but never slips into reverse.” Unemployment would rise, but not spike.

Given all the recent worries about the economy, such a slow recession would come as a relief to many.

With the Federal Reserve slamming the brakes on the US economy to snuff out inflation, business leaders and CEOs have grown increasingly confident about a 2023 recession.

Bank of America CEO Brian Moynihan recently told CNN’s Poppy Harlow that a “mild” recession is likely. Economists surveyed by Bloomberg see a 70% chance of a recession in 2023.

Moody’s, whose research is frequently cited by the White House, is not dismissing the risk of a downturn, warning that a recession remains a “serious threat” and saying the economy is “especially vulnerable” to a shock. The firm also expects unemployment will tick up to 4.2% by late 2023 from the current reading of 3.7%.

There is also a real risk of a self-fulfilling prophecy, where nervous business owners and consumers hunker down so much that they cause the very recession they fear.

Yet there are valid reasons to be cautiously optimistic about what lies ahead.

The jobs market remains historically strong, inflation is cooling, real wages are heating up, gas prices have plunged and the Fed could be preparing to pause its rate-hiking campaign.

Last week, Goldman Sachs said it still believes the US economy will avoid a recession and instead move towards a “soft landing” where inflation moderates but growth continues.

Why Moody’s is predicting no recession

In addition to cooling inflation, Moody’s expressed optimism about the ability of consumers to weather the storm in 2023.

“Shoppers are the firewall between an economy in recession and an economy that skirts a downturn,” Zandi wrote. “While the firewall is sure to come under pressure, particularly as financially hard-pressed low-income households struggle, it should continue to hold.”

Zandi also pointed to relatively strong fundamentals in the US economy, including profitable businesses, healthy consumer balance sheets, and a banking system that is “on about as strong financial ground as it has ever been.”

The Moody’s economist noted the economy is not plagued by troubling imbalances that were glaring before prior recessions, such as overbuilt real estate markets or massive asset bubbles.