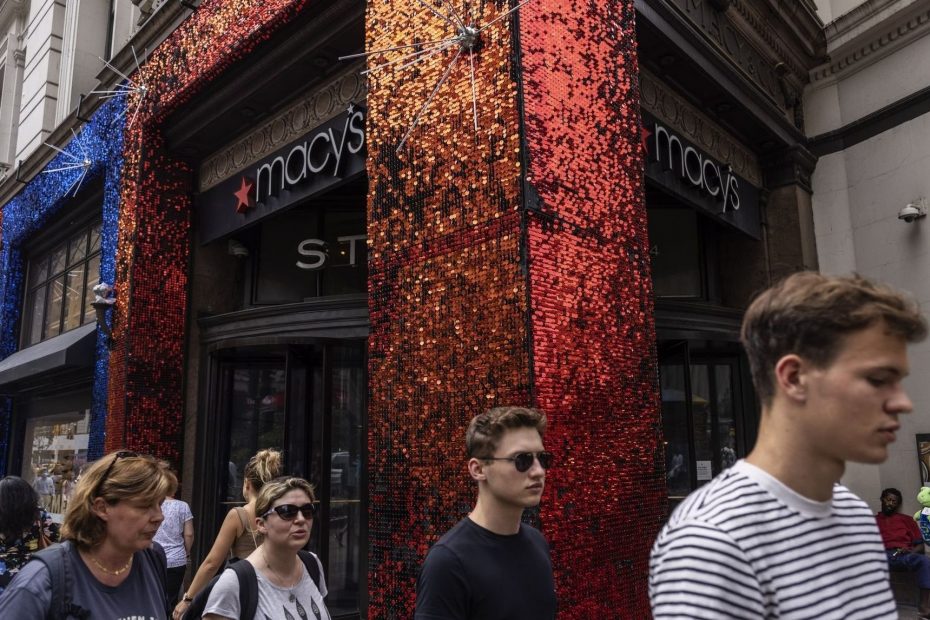 Finance chiefs are finding it harder to peg yearly guidance as they struggle for visibility on the direction of the economy, leading them to broaden their annual revenue ranges and revise spending plans more frequently.

Finance chiefs, through their annual guidance, offer clues on the health of the business. But given the mixed signals in the economy, investors are paying close attention to nuances that might indicate slowing or deteriorating company finances. Chief financial officers are adapting by factoring into their outlooks events once considered unlikely, widening the ranges for their revenue forecasts, and revisiting spending plans more often.

FMC Corp., a Philadelphia-based maker of insecticides and herbicides, set the range for its guidance wider than in previous years to account for uncertainties such as pandemic-related disruptions and geopolitical conflicts, Chief Financial Officer Andrew Sandifer said. Russia’s war on Ukraine, for one, wasn’t part of the forecast, resulting in a $25 million headwind to earnings before interest, taxes, depreciation, and amortization for the year after the company decided to discontinue operations in Russia.

Still, in August FMC raised the midpoint of its annual revenue guidance to $5.6 billion as it announced second-quarter results, up from $5.4 billion at the end of the first quarter.

Demand remains strong and the company is raising its prices, which were up 7% in the second quarter compared with a year earlier, to offset inflation, according to Mr. Sandifer.

He is factoring what historically would have been considered low-probability events into his guidance, including pandemic-related labor shortages among suppliers or the blockage of the Suez Canal last year, one of the world’s busiest shipping channels, he said.

“When you start flying through all the math, you end up with broader guidance ranges, because each one of those adds extra volatility and expands the range of potential outcomes,” Mr. Sandifer said.

The economy has contracted for two quarters, raising the question of whether or not the U.S. is in recession. But the decline in the second quarter was smaller than first reported—a 0.6% annualized drop instead of a 0.9% fall—the labor market remains hearty and many companies continue to report sterling profits. Still, inflation is denting consumer demand, interest rates are ratcheting higher and the energy crisis in Europe and the outlook for China will continue to cast long shadows on the U.S. economy.

The annual guidance acts as a baseline for the performance CFOs expect, said Campbell Harvey, a professor of finance at Duke University’s Fuqua School of Business. Inflation and the possibility of recession make it harder to assess whether companies can meet those targets, which is why some have widened their guidance range to avoid disappointing investors.

Agilent Technologies Inc. uses a rolling 12-month planning process, which allows the Santa Clara, Calif.-based life-sciences company to update its spending plans on a monthly or quarterly basis, compared with a fixed annual budget. Agilent changed its approach during the pandemic and decided to stick with it because of the shifting economic environment, CFO Robert McMahon said.

In August, Agilent increased its full-year revenue guidance to a range of $6.75 billion to $6.775 billion from the previous projection of $6.67 billion to $6.73 billion. But coming up with those numbers required more effort and insight into the business’s workings in the current economic conditions, according to Mr. McMahon.

“The pandemic, it’s still with us and then you add inflation and wars in Europe and other things on top of it,” he said. “It’s only gotten more dynamic.”

In recent months, other companies have revised their guidance downward. In the second quarter, 40 S&P 500 companies trimmed their outlooks, more than double the number in the prior-year period, Calcbench said.

Retailers Macy’s Inc., Nordstrom Inc., and Kohl’s Corp., which aren’t part of the index, also revised their guidance lower. Last month, Kohl’s attributed its lower outlook to the difficult economic environment and a decline in sales. Macy’s as well lowered its guidance due to inventory problems and the continued risk that consumers will pull back on discretionary spending. Nordstrom cut its guidance because of softening customer demand and plans to reduce inventory.

In the weeks leading up to its Aug. 3 earnings release, it became apparent that guidance for the fiscal year ending in March would have to be clipped as the company was struggling to bring in new customers, Mr. Burns said.

In a “handful of instances,” existing clients—which include retailers and financial services, and travel companies—put a hold on plans to expand contracts into new areas. Dynatrace was also seeing a decline in new customers, down to around 135 from the 150 to 160 new accounts it had planned for in the quarter ended June 30, according to Mr. Burns.

Part of the calculus included looking at projections from an internal sales program, as well as the economy overall, Mr. Burns said. The company is now forecasting fiscal 2023 revenue of between $1.125 billion and $1.136 billion, down from $1.142 billion and $1.158 billion.

“This is the first time in the history of Dynatrace that we’ve actually had to reduce guidance,” Mr. Burns said. “But given the macro pressures, we definitely brought it down.”