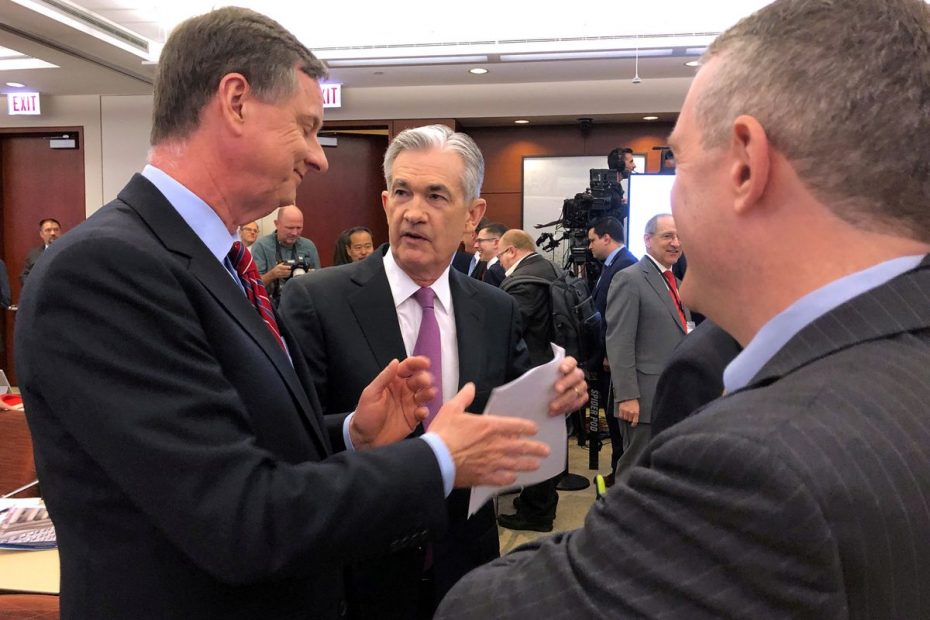 Charles Evans and James Bullard are the U.S. Federal Reserve’s longest-serving monetary policymakers, a pair of PhD economists who’ve been at the center of central bank debates through two acute crises and often approached the job from markedly different perspectives.

Where Evans, president of the Chicago Fed, calls himself a “hopeless romantic” about the longstanding economic concept known as the Phillips Curve as a useful guide to policymaking, with its tradeoff between inflation and unemployment, Bullard, head of the St. Louis Fed, dislikes the idea, puts more weight on psychology and expectations, and has toyed with different notions about what’s really behind changes in the price level.

But they’ve come up with roughly the same spot for at least an initial stopping point if the economy performs as expected of around 4.6% that they – at least for now – feel will lower inflation, and where they’d be willing to hold policy steady barring any further inflation surprises.

Much of the Fed is in roughly the same place. As of September, 18 of 19 policymakers saw the policy rate at the end of 2023 ranging just a quarter percentage point above or below the full group’s median of 4.6%, roughly the midpoint of a range of 4.5% to 4.75%. The Fed’s current policy rate is 1.5 points below that at 3.00% to 3.25% after a frantic half-year of rate increases from near zero back in March in an attempt to quell the highest inflation in four decades.

In a window on the mechanics of Fed policymaking, Evans and Bullard in separate interviews recently laid out how they were thinking conceptually about that landing spot.

Evans recently said his figure came from estimating a level of the “real” – or inflation-adjusted – federal funds rate, that could lower inflation without a dramatic rise in unemployment. He said a real rate of around 2% seemed “in line with” restrictive Fed policies of the past and held out the chance for a “soft” landing.

Though a gap between the fed funds rate and inflation of two percentage points would be narrower than in previous tightening cycles – it stayed around three percentage points for example in the years before the 2007 to 2009 recession – the aim is to lower inflation without the large rise in joblessness seen in the past.

In the spirit of hitting a moving target, Evans said he looks at how inflation is expected to evolve under the appropriate policy. Stripped of volatile food and energy components to give a better sense of underlying trends, the “core” personal consumption expenditures price index should end 2023 at around 3.1%, he feels.

But in addition to the fed funds rate, Evans said he also accounts for the tightening of financial conditions from the drawdown of the Fed’s balance sheet and adds “a little bit more for financial volatility just in general around the world” – accommodations Fed officials nod to in theory but which Evans recently put a number on.

Combining both “quantitative tightening” and the impact of global volatility, he said, is the equivalent of about half a percentage point on the federal funds rate.

Bottom line: 3.1% inflation next year plus a 2% target for the “real” rate would ostensibly mean the Fed needs to hike rates to 5.1%. Accounting for the effect of those other forces lowers the figure to 4.6%.

In the early 1990s, Stanford University economics professor John Taylor derived what has become a touchstone guide for central bankers, the Taylor Rule. It requires some difficult estimation of such things as the underlying “neutral” rate of interest – the rate that is neither restrictive nor accommodative to growth – and the gap between actual and potential economic output. But the basic formula essentially relies on the distance of inflation from a central bank’s price target to recommend a policy rate.

There are many variations, of varying complexity. Bullard has one he has referred to recently as both “generous” because it requires a less harsh adjustment of interest rates than a more traditional Taylor rule would recommend – some versions suggest a federal funds rate already near 8% – and “minimalist” in paring back the number and complexity of any adjustments.

For example, he uses an inflation calculation from the Dallas Fed that relies on a “trimmed mean,” tossing out the fastest and slowing-moving prices rather than automatically stripping out food and energy as the most volatile. That price index as of August was rising at a 4.7% annual rate, a bit less than the 4.9% rate of the “core” personal consumption expenditures index.

Bullard said recently he has updated his calculations, which he presented earlier in the year when inflation was lower, and “you make the most generous assumptions, you get to four-and-a-half or 4.75” on the federal funds rate.

If the target rate needs to move higher, he said, “it will be because inflation doesn’t come down the way we’re hoping.”