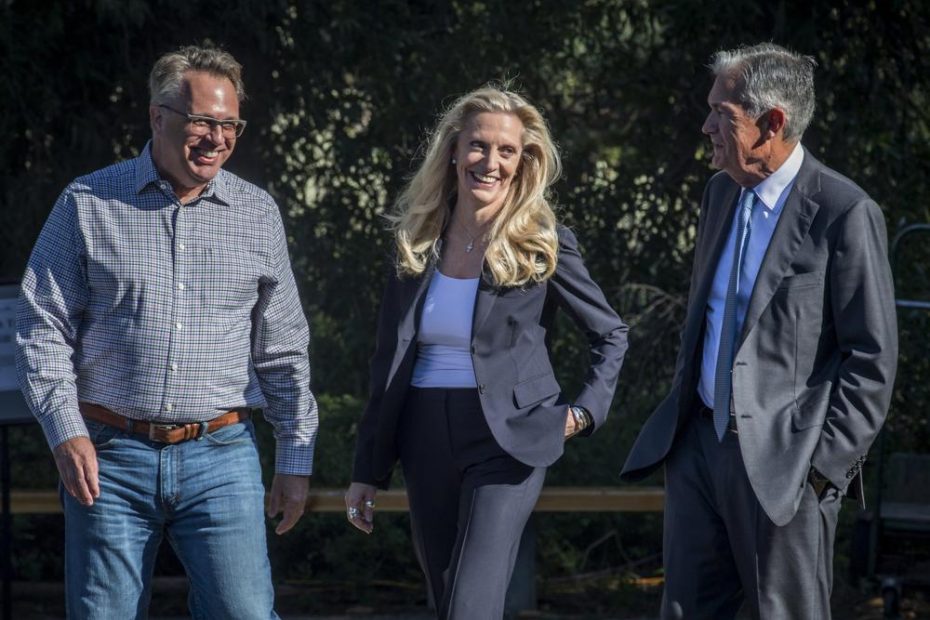 The Federal Reserve will need to continue lifting its short-term interest rate to a level that restricts economic growth and keep it there for an extended period, a top Fed official said Wednesday.

In her remarks to a banking industry conference, Fed Vice Chair Lael Brainard echoed similarly tough comments about inflation delivered by Chair Jerome Powell late last month in Jackson Hole. Other Fed officials have also in recent weeks emphasized their views that the Fed has to push borrowing costs higher to bring down inflation, currently near a four-decade high.

“We are in this for as long as it takes to get inflation down,” Brainard said in prepared remarks. “Our resolve is firm, our goals are clear, and our tools are up to the task.”

The Fed’s benchmark interest rate “will need to rise further” and stay at a level high enough to slow the economy “for some time to provide confidence that inflation is moving down” to the Fed’s 2% target, Brainard said. In July, prices were 8.5% higher than a year earlier.

The stream of tough rhetoric on inflation from Fed policymakers has led many economists to anticipate a third sharp rate hike of three-quarters of a point at the Fed’s next meeting in two weeks. If so, it would extend a rapid series of rate increases, the fastest since the early 1980s, that began in March.

At its last meeting in July, Fed policymakers decided to raise their short-term rate by three-quarters of a point to a range of 2.25% to 2.5%.

Also Thursday, Loretta Mester, president of the Federal Reserve Bank of Cleveland, reiterated her determination to push interest rates higher to get inflation under control. Higher borrowing costs won’t necessarily cause a recession, she said, but they raise the chances of one.

Even if the U.S. manages to avoid an economic downturn, Mester said, higher rates will slow growth, disrupt stock and bond markets, and lift unemployment.

“This will be painful in the near term but so is high inflation,” she said in an online discussion with MNI, a news wire.

But Brainard, by contrast, sketched out a hopeful scenario for the Fed’s policies, suggesting they could achieve an elusive goal known as a “soft landing,” in which growth slows enough to bring down inflation, but not so much as to tip the economy into recession.

Brainard did not warn, as Powell and Mester did, that the Fed’s interest rate hikes would likely cause “pain” and push up the unemployment rate.

Instead, she pointed out that there are signs that supply chain snarls are easing, which could boost factory output and bring down prices. And automakers and retailers enjoyed hefty profit margins when goods were scarce and Americans were spending robustly. But as consumers start to pull back amid high inflation, retailers and car companies may have to cut prices to boost sales, she said.

“I am confident that we will see a return to 2% inflation,” Brainard said.