ESG funds are ‘definitely at a crossroads’: EY executive 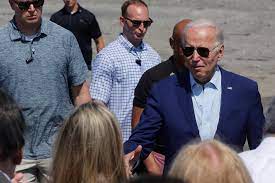 When the United Nations (UN) first laid out principles for environmental, social, and corporate governance (ESG) investing in 2006, then-Secretary General Kofi Annan hailed the considerations as critical to underpinning “responsible investing” in the financial markets.

Amid growing scrutiny from conservative lawmakers and accusations of greenwashing at some of the world’s largest funds, these so-called green funds stand at a crossroads.

Sixteen years later, global assets held in ESG funds have ballooned to roughly $35 trillion but now stand at a crossroads amid growing scrutiny from conservative lawmakers and accusations at some of the world’s largest funds.

“There’s nowhere near the level of an influx we saw two or three years ago when ESG was really being touted as a kind of miracle cure,” Steve Varley, EY global vice chair of sustainability, told Yahoo Finance Live (video above). “You could do well financially, and it could do good in the world. I think we’re taking a pause in that definition now.”

In the U.S., in particular, the topic of ESG has become yet another polarizing topic, especially when compared to countries in Europe and the rest of the world.

“In the U.S., ESG has become far more politicized than I’ve seen it happen anywhere else in the business world,” Varley said. “We’re definitely at a crossroads for ESG. I don’t really know where it’s going to go in the next 12 months.”

ESG funds have been shrouded in controversy over the last five years.

EY has doubled down on ESG in recent years, and as a company, reached a major milestone in fiscal 2021, becoming carbon negative globally and slashing its emissions by 56% from 2019 levels. That coincided with increasing scrutiny around green funds, the accusation of false advertising, and skepticism around the stated impact of the funds’ claims.

This spring, German officials raided the offices of Deutsche Bank’s DWS unit over allegations the fund misled inventors by overstating the role ESG standards played in its investment decisions. That preceded an investigation by the Securities and Exchange Commission (SEC) into Goldman Sachs on whether some companies included in its ESG mutual funds ran counter to claims of “sustainability” laid out in marketing materials.

Back in May, the SEC fined BNY Mellon Investment Adviser $1.5 million for false claims that all assets included in its funds underwent an ESG quality review.

“What we have now is a three-letter acronym that’s 16 years old [and] I think we’d all agree is showing signs of being a terrible teenager,” Varley said. “It’s being misused in places and is also doing good in places.”

The SEC has proposed specific disclosure guidelines around ESG funds to “promote consistent, comparable, and reliable information for investors.”

The proposals include required disclosures of greenhouse gas emissions associated with portfolio investments that claim to consider environmental factors, and clear goals of specific impacts funds intend to achieve.

Those guidelines have been met with pushback. Republican lawmakers, particularly in red-leaning states, have accused the SEC of promoting “woke capitalism,” while BlackRock, the largest manager of ESG mutual funds raised concerns the agency’s requirements would “lead to the disclosure of proprietary information surrounding the fund’s ESG investment process over and above what funds are required to disclose for other principal investment strategies.”

While there are 600 sustainable funds and ETFs in the U.S., according to Morningstar, recent data points show questions around the transparency of ESG investing have added to waning interest in the practice. In May, investors pulled a record $2 billion from U.S. equity exchange-traded funds, according to Bloomberg Intelligence, ending three years of inflows.

Still, Varley maintained that ESG funds remain a “net good for business,” but does see a divide growing between the U.S. and Europe, with the EU’s Sustainable Finance Disclosure Regulation requiring investors to qualify ESG funds in one of three categories. A recent analysis by Morningstar found that nearly a quarter of green funds did not qualify for the ESG designation based on the rules in place.

“We think that a lot of the measures [in the U.S.] will be toned down,” Varley said. “That’ll make a really big difference though to the EU, where the EU is still going really strong to regulate this whole area and really expect a lot more from companies in their reporting. For big global companies, that’s just going to make their life a lot harder as they have to now work in two different regimes.”