Don’t play the ‘audit lottery.’ These are the top reasons your taxreturn may be flagged by the IRS 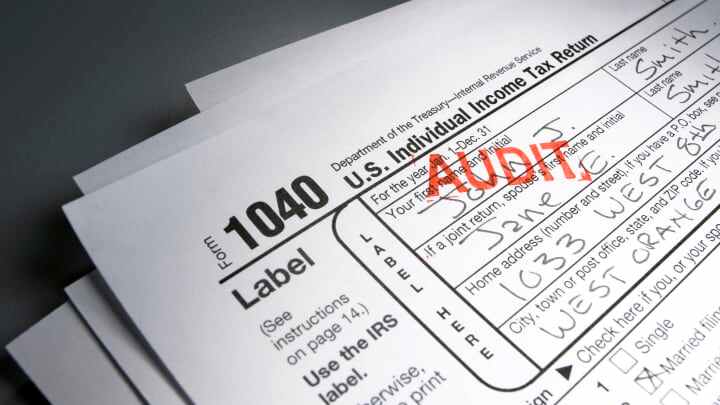 Excessive write-offs compared with income, unreported earnings and
refundable tax credits are among the most common IRS red flags.
However, you may avoid trouble by keeping detailed receipts and other
tax paperwork readily available, experts say.

If you’re among the millions of Americans scrambling to meet the tax
deadline, it’s critical to avoid errors that may flag your return or
even trigger an IRS audit.

The agency has processed more than 78.8 million returns as of March
25, the IRS reported Friday, including nearly 58 million refunds.

But with the tax agency still wading through a sizable backlog of
returns, it’s better to reduce contact by filing yours correctly and
avoiding any mistakes that may invite scrutiny, experts say.

The IRS closed 452,515 individual audits during its fiscal 2020, about
0.29% of the roughly 157 million individual income tax returns filed,
according to the agency.

“Some people play the audit lottery, meaning they’ll do whatever they
want and know that the chances of getting caught are slim,” said John
Apisa, a CPA and partner at PKF O’Connor Davies LLP. “That’s not a
good philosophy to have, though.”

While there’s typically a three-year statute of limitations for an IRS
audit, with extensions in some cases, there’s no time limit on how
long the agency can pursue fraud or non-filers.

One of the first cues may be trying to claim too many credits or
deductions compared with your income, tax experts say.

The IRS uses software with a numeric score for each return, with
higher scores more likely to spark an audit, said certified financial
planner David Silversmith, a CPA, and senior manager of PKF O’Connor
Davies in New York.

The system estimates the appropriate range for each deduction or
credit by income level, and if write-offs are outside that range,
scores may increase, he said.

The IRS, for instance, may receive a report of your full-time wages on
Form W-2, contract earnings on Form 1099-NEC, or unemployment income
on Form 1099-G. But you can avoid underreporting by double-checking
forms with a free IRS transcript before filing.

While advance child tax credit or stimulus payment errors are likely
to get flagged this season, other write-offs tend to be perennial
issues.

For example, the earned income tax credit, targeted at low- to
middle-income families, is valuable because it’s refundable, meaning
you can still get a refund with zero taxes due, Silversmith said.

“If you claim the earned income tax credit while self-employed, that
is a big red flag,” he said. “You need to have receipts for income,
not just deductions.”

Self-employed filers need to be careful when claiming write-offs for a
home office or a vehicle because those must be exclusively for
business purposes, which may be more difficult to prove.

And you need to be precise when reporting credits and deductions.

“Round numbers are a tipoff that you’re just making these numbers up,”
Shah said.

“My best advice is that you’re only as good as your receipts,” said
Apisa, because if the IRS wants evidence in two-and-a-half years,
you’ll need to have those readily available. And you’ll want to keep
records for seven years.

You don’t have to be scared with the right paperwork to back up your
returns, Shah added. If you receive notices and can provide proof, the
IRS is generally “pretty reasonable.”