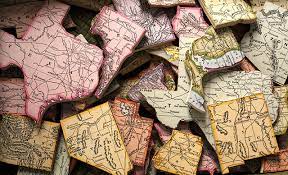 While many recent changes in state nexus rules are associated with sales and use tax, a movement to reframe the Interstate Income Act of 1959, P.L. 86-272, which limits the reach of state income taxes on remote sellers, could have a significant impact on state income tax nexus in today’s world, where the internet has changed the nature of practically every business. Even how “cookies,” the ubiquitous and automatically generated computer user tags, are used could play a determinative role.

P.L. 86-272, codified as 15 U.S.C. Sections 381–384, is one of the few limits on states’ ability to subject persons to a net income tax. It applies when a person’s activity in a state is limited to the solicitation of sales of tangible personal property and any resulting orders are approved and shipped from outside the state. P.L. 86-272 was enacted largely in response to the Northwestern States Portland Cement Co. v. Minnesota, 358 U.S. 450 (1959), in which the Supreme Court held that Minnesota could impose a tax on an Iowa-based business whose sole physical activity in Minnesota consisted of salespeople soliciting orders from customers in the state. Since then, sellers of tangible personal property have often been able to limit their taxable presence for income tax purposes to states with operations and nonsales employees, even as their sales footprints have expanded. The Supreme Court helped to more explicitly define “solicitation of orders” in Wisconsin Department of Revenue v. William Wrigley, Jr. Co., 505 U.S. 214 (1992), but, since 1959, the law itself has not been modified.

The Multistate Tax Commission (MTC), which works to promote consistent tax policy and administration among states, first issued its Statement of Information Concerning Practices of Multistate Tax Commission and the Signatory States Under Public Law 86-272 in 1986 and released three revisions between 1993 and 2001. The Statement of Information seeks to clarify P.L. 86-272, providing further detail, context, and examples of activities performed in a state that would and would not be considered protected for purposes of establishing nexus. Many states have incorporated all or part of this language into their statutes and/or regulations. In others, the MTC’s language often affects state auditors’ nexus decisions.

Addendum II of the Statement of Information, released in 2002, outlines a factor-presence nexus standard under which nexus would be established by exceeding any of the following thresholds in that state for the tax year:

Factor-presence nexus standards the same as or similar to Addendum II have subsequently been adopted by 12 states as of this writing, including some with significant populations (these include California, Massachusetts, New York, Pennsylvania, and Texas), and this list of states has slowly expanded during the past decade. Though this has significantly expanded the number of businesses now considered subject to tax in these states, P.L. 86-272, as a federal law, supersedes state factor-presence nexus standards. Accordingly, while having over $500,000 of sales in a state may result in an entity’s being required to file a tax return in that state and potentially be subject to a franchise tax or minimum fee, an income tax cannot be imposed if the business’s activities in the state still fall within the protections of P.L. 86-272.

On June 21, 2018, the U.S. Supreme Court in South Dakota v. Wayfair, Inc., 138 S. Ct. 2080 (2018), upheld South Dakota’s previously enacted requirement that each entity register and collect and remit sales tax as applicable to the extent it has over $100,000 in sales or more than 200 separate transactions in the state during the year. The decision overturned Quill Corp. v. North Dakota, 112 S. Ct. 1904 (1992), which affirmed that a physical presence was needed to meet the substantial nexus requirement under the Commerce Clause of the U.S. Constitution. The Wayfair decision resulted in sweeping changes to state sales and use tax filing requirements, with every state that imposes a sales tax having enacted a rule similar to South Dakota’s by the end of 2021.

As noted above, states have been slower to enact factor-presence nexus standards for income tax purposes, with only a few additional states enacting such rules in the years since the Wayfair decision. However, as states become more aggressive in asserting that income tax nexus can exist based solely on economic connections that do not require a traditional physical presence, P.L. 86-272 continues to provide protection for sellers of tangible personal property even as businesses shift more of their activities online.

On Aug. 4, 2021, the MTC adopted revisions to its Statement of Information regarding P.L. 86-272. The primary changes relate to Section IV, “Specific Listing of Unprotected and Protected Activities,” where a new Subsection C, “Activities Conducted via the Internet,” was added. Subsection C outlines the MTC’s position that a business’s interaction with its customers via the internet is equivalent to its physically entering a state to interact with its customers. It is then to be evaluated whether a business’s activities via the internet are protected as sales solicitation of tangible personal property (or services entirely ancillary to sales solicitation of tangible personal property), with orders approved and fulfilled from out of state.

Subsection C provides 11 examples of fact patterns that the MTC views as exceeding or not exceeding P.L. 86-272’s protections. While a detailed review of the considerations of each example is beyond the scope of this article, of particular note are the following:

Job applications: Example 4 extends the MTC’s view of business activity that is not protected under P.L. 86-272 to include enabling job applicants in a state to apply online. Such activity is then not considered sales solicitation or ancillary to sales solicitation. This example demonstrates that non-revenue-generating activity conducted via the internet must also be considered.

Internet cookies: Examples 5 and 6 both concern internet cookies being placed on customers’ computers by the business. The nature of the function a cookie performs apparently determines whether protection is afforded. In Example 5, a cookie that gathers customer information for development and marketing purposes is considered unprotected. In Example 6, however, a cookie that is used to help retain items in an online shopping cart if the connection is lost is considered protected as ancillary to sales solicitation.

Online store: Example 11 concludes Subsection C by providing that operating a traditional online store, where customers log on to a business’s website and make direct purchases, would still be protected as sales solicitation under P.L. 86-272.

As discussed above, this revision to the Statement of Information is not binding on any states; however, they can adopt all or some of its language.

California: On Feb. 14, 2022, California’s Franchise Tax Board (FTB) issued Technical Advice Memorandum (TAM) No. 2022-01, which incorporates language similar to the MTC’s Statement of Information Subsection C. California’s TAM differs from the Statement of Information in two key ways. First, an additional example is provided where the FTB asserts that telecommuting from California creates nexus there, unless the activities of the individual telecommuting would otherwise be protected under P.L. 86-272.

Second, California separates the examples from its conclusions, with its conclusions providing additional details and clarifications to the reasons such activity would be protected or unprotected. While there is no change in ultimate determination, some of the FTB’s conclusions are supported in a manner that deviates from the MTC’s. For example, for the equivalent of the MTC’s Example 11 concerning an online store, California states that the “business activity is in California due to the interaction between the website, including the download of ‘cookies,’ and the customer’s computer or other electronic device located in California.” Though the conclusion in the example that this is a protected activity is similar to the MTC’s conclusion, the determination that this activity would create nexus in California but for the protections of P.L. 86-272 deviates from the Statement of Information. The Statement of Information does not explicitly outline its interpretation of internet activity in this manner, instead generally relying upon comments regarding Wayfair’s analysis of “virtual contacts” that the MTC’s supporting states consider “relevant to the question of whether a seller is engaged in business activities in states where its customers are located for purposes of the statute.”

While none of the conclusions reached by California deviate from the Statement of Information, differences in how California arrived at them could impact scenarios that are less grounded in the specific examples outlined. In particular, California seeks to further define and clarify the business activity and why it is sourced to the state, while the MTC is more ambiguous.

It should be noted as well that California has had a factor-presence economic nexus standard that models the MTC’s version since 2013, the key difference being that the annual thresholds are increased annually based on inflation (for 2021, the sales threshold is $637,252, with the property and payroll thresholds each being $63,726 (see Cal. Rev. & Tax. Code §23101(b) (2)–(4) and Memorandum on Indexing, Personal Income Tax Law, 2021)). Taxpayers should continue to consider these amounts in evaluating whether their activities constitute nexus for California purposes, if they could exceed the protections of P.L. 86-272. Also, for taxpayers operating outside the United States, California is one of the states that has explicitly provided that foreign commerce (e.g., sales from a non-U.S. jurisdiction to customers in California) is not considered “interstate commerce” for purposes of P.L. 86-272, and thus P.L. 86-272 would not apply, pursuant to FTB Multistate Audit Technique Manual Chapter 1240.

New York: The New York Department of Taxation and Finance updated its draft corporate tax regulations for April 2022 to include the 11 examples in the MTC updates to the Statement of Information, as Examples 6 through 16 of N.Y. Comp. Codes R. & Regs. tit. 20, §1-2.10(i), which collectively address P.L. 86-272 for New York purposes. As of this writing, this regulation is in the draft; it cannot yet be relied upon as the state’s position. The added language is verbatim from the Statement of Information; accordingly, significant changes are not expected to be incorporated into a final version.

Similar to California, New York has a factor-presence nexus threshold, asserting nexus for any business whose annual sales exceed $1 million (N.Y. Tax Law §209(1)(b)). New York also has certain other thresholds that could be applicable for certain businesses, particularly regarding credit cards and other financial products.

Expansion of nexus: The equating of internet activity to physical presence could push additional states to enact factor-presence nexus thresholds to provide additional clarity to taxpayers. The MTC’s Statement of Information language further narrows the scope and applicability of P.L. 86-272, which was already reduced as more and more businesses move away from exclusively selling tangible personal property. While only two states have made active steps thus far toward adopting the updated Statement of Information since it was released, a significant portion of taxpayers can expect to be affected by online sales to California- and New York-based customers.

Potential for challenges — examples language: Further judicial or legislative clarification may be needed regarding the specifics of the examples in the Statement of Information. For instance, Example 2’s provision concerning active post-sale assistance via electronic chat or email involves actions that typically were, and continue to be, handled via telephone. Differences between performing this service via the internet versus telephone may need to be established.

What businesses should do now: In the meantime, businesses with online sales should reevaluate their nonfiling positions, particularly in California and New York, while monitoring additional states that may enact similar language to the Statement of Information, perhaps retroactively. Businesses whose facts and circumstances create material risk under the new guidance should consider requesting a private letter ruling with the state and/or applying for a voluntary disclosure agreement on a no-name basis to obtain further clarity before filing.