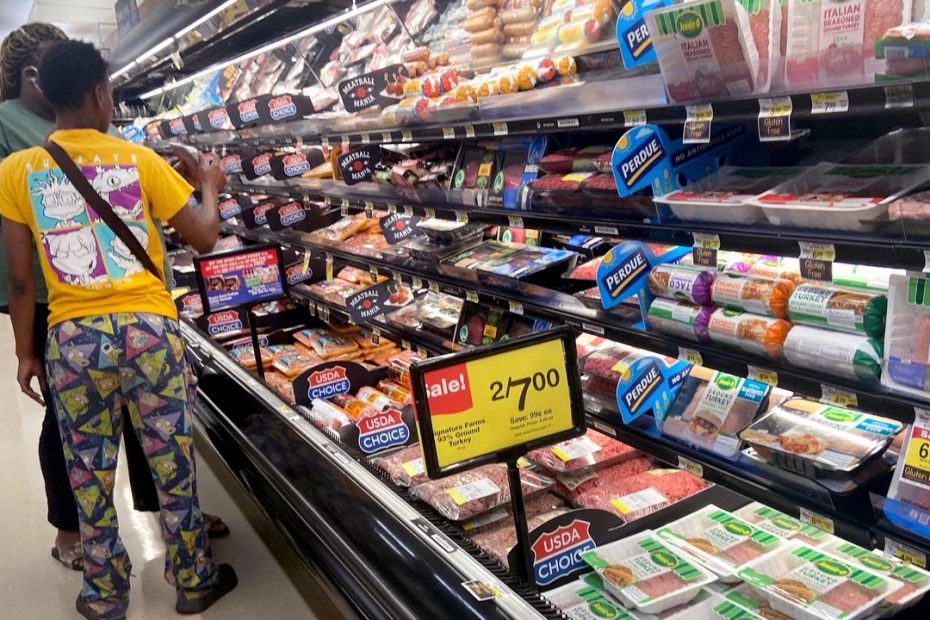 The consumer price index rose less than expected in October, an indication that while inflation is still a threat to the U.S. economy, pressures could be starting to cool.

The index, a broad-based measure of goods and services costs, increased 0.4% for the month and 7.7% from a year ago, according to a Bureau of Labor Statistics release Thursday. Respective estimates from Dow Jones were for rises of 0.6% and 7.9%.

Excluding volatile food and energy costs, so-called core CPI increased 0.3% for the month and 6.3% on an annual basis, compared with respective estimates of 0.5% and 6.5%.

A 2.4% decline in used vehicle prices helped bring down the inflation figures. Apparel prices fell 0.7% and medical care services were lower by 0.6%.

Markets reacted sharply to the report, with the Dow Jones Industrial Average up more than 1,000 points. Treasury yields fell sharply, with the policy-sensitive 2-year note tumbling 0.3 percentage points to 4.33%.

“The trend in inflation is a welcome development, so that’s great news in terms of the report,” said Michael Arone, chief investment strategist at State Street Global Advisors. “However, investors are still gullible and they are still impatiently waiting for the Powell pivot, and I’m not sure it’s coming anytime soon. So I think this morning’s enthusiasm is a bit of an overreaction.”

The “Powell pivot” comment refers to market expectations that Federal Reserve Chairman Jerome Powell and his central bank colleagues soon will slow or stop the aggressive pace of interest rate increases they’ve been deploying to try to bring down inflation.

Even with the slowdown in the inflation rate, it still remains well above the Fed’s 2% target, and several areas of the report show that the cost of living remains high.

“One month of data does not a victory make, and I think it’s really important to be thought that this is just one piece of positive information, but we’re looking at a whole set of information,” San Francisco Fed President Mary Daly said in response to the CPI data.

“We have to be resolute to bring inflation down to 2% on average,” she added in a Q&A with the European Economics & Financial Centre. “That’s our goal, that’s what Americans depend on, and that’s what we’re committed to doing. So we’re going to continue to adjust policy until that job is fully done.”

Because of the rise in inflation, workers took another pay cut in October. Real average hourly earnings declined 0.1% for the month and were down 2.8% on an annual basis, according to a separate BLS release.

A separate Labor Department report Thursday showed that jobless claims rose to 225,000 last week, an increase of 7,000 from the previous week.

The latest inflation reading comes as Federal Reserve officials have been deploying a series of aggressive interest rate hikes in an effort to bring down inflation running around its highest levels since the early 1980s.

In early November, the central bank approved its fourth consecutive 0.75 percentage point increase, taking its benchmark rate to a range of 3.75%-4%, the highest level in 14 years. Markets expect the Fed to continue raising, though at a possibly slower pace ahead before the fed funds rate tops out around 5% early next year.

Traders quickly changed their expectations regarding the Fed’s next move. Futures tied to the fed funds rate indicated an 80.6% probability of a 0.5 percentage point moves in December, up from 56.8% a day ago, according to CME Group data.

“One data point doesn’t make a trend. What we have to hope for is we get another downtick [in CPI] with the next report, which happens the day before the next Fed meeting,” said Randy Frederick, managing director of trading and derivatives at Charles Schwab. “Markets are poised to respond to anything remotely positive. … It’s kind of like a coiled spring more than anything else.”

Getting inflation down is critical heading into the holiday shopping season. A recent survey by Clever Real Estate found that about 1 in 3 Americans plan on cutting back spending this year due to higher prices.