America just got a $100-a-month raise 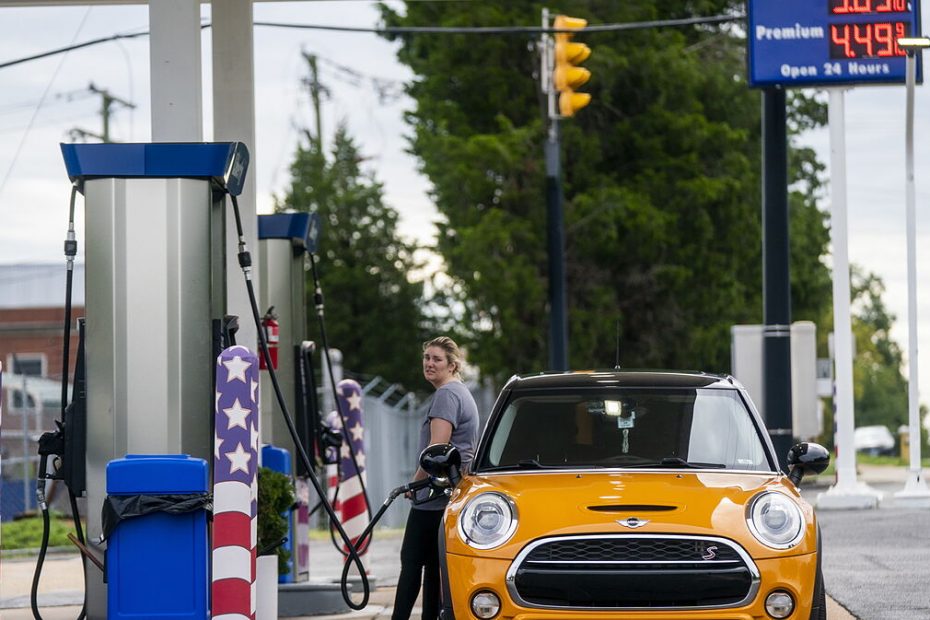 Next time you stop at a gas station, think of it as a $100-a-month tax cut. Or a maybe $100-a-month raise. The steady drop in gas prices over the last few months has turned into an unexpected form of economic stimulus, coming at a time when the Federal Reserve is trying to cool the economy and battle rising prices with higher interest rates. Since hitting a record of $5.02 a gallon on June 14, the national average price for regular gas is down $1.10, or 22%, to $3.92, according to AAA. That average has now fallen for 67 consecutive days. Since the typical US household uses about 90 gallons of gas a month, the $1.10 drop in prices equals a savings of $98.82.The impact of the extra cash could be a substantial boost to an economy that is showing signs of consumers pulling back on purchasing nonessential items, such as clothing, electronics, and household goods. Major retailers including Walmart (WMT), Target (TGT), Best Buy (BBY), and Gap (GPS) are cutting prices on those items after consumers shifted to more spending on food and gas. And that pullback in consumer spending is one reason why many observers are now forecasting a recession since consumer spending accounts for nearly three-quarters of US economic activity. But lower gas prices could help revive spending on those nonessentials.

A $1 decrease in gas prices equals about $125 billion a year in savings for US households, or more than $10 billion a month, said Mark Zandi, chief economist for Moody’s Analytics. That’s equal to about a half of a percentage point on the nation’s gross domestic product, the broadest measure of economic activity.” And that’s just a direct benefit. Lower diesel prices bring down the cost of transportation for all goods, including food,” he said. “If you add in the indirect benefits, it’s real money.”The impact on the broader economy can go beyond just straight dollars and cents, Zandi said. No economic metric is more prevalent in the public consciousness than the cost of gasoline, with signs on so many street corners advertising those prices.” They play such a central role in people’s psyches,” he said. “It affects confidence.”Zandi still thinks there’s about a 50-50 chance the US economy falls into a recession within the next year to 18 months, but his expectations for when the downturn might hit have been pushed back because of falling gas prices. Back in June, when gas was $5 a gallon and still rising, Zandi expected a recession to come within six to nine months.

Consumers are spending their gas savings

Executives at both Walmart and Target said on calls with investors this week that they’re seeing signs that cheaper gas is boosting consumer demand for nonessential goods. That is one of the reasons they’re not prepping for a recession quite yet.” If you told us that fuel was going to continue to tick down and that food inflation was going to moderate, that influences how we think about general merchandise inventory,” said Walmart CEO Doug McMillion on a call with investors Tuesday.

One thing consumers clearly aren’t spending their gas savings on is buying extra gas to drive more. Gas consumption fell very little as gas prices shot up, and it’s increased very little as prices have come down, said Tom Kloza, global head of energy analysis for OPIS, which tracks gas prices for AAA. That’s because gasoline is what economists refer to as an inelastic good, one where price has relatively little impact on the amount purchased — unlike the aforementioned nonessential goods.”I don’t know what the consumer is spending the savings on. I have a hunch it’s stapled, normal things,” Kloza said. “But we’re not getting a rush of additional demand for gasoline.”

The national average is somewhat inflated by states with high prices, such as California, where the average is still $5.33 a gallon. The price there is also down more than a dollar a gallon since the peak. The median US price stood at $3.76 per gallon as of Thursday, meaning half of the gas stations in the nation are charging less than that. In fact, 28% of the 130,000 gas stations tracked by OPIS are now charging less than $3.50 a gallon. And the slide in prices shows no signs of letting up for the time being. Futures contracts for wholesale gas and oil suggest that the national average could soon fall below $3.53. That’s where prices stood when Russia invaded Ukraine in February, sparking the spike in oil prices. Wide swaths of the country could even see gas fall below $3 a gallon by the end of the year, even if the national average doesn’t get that low, based on futures contracts for November and December.