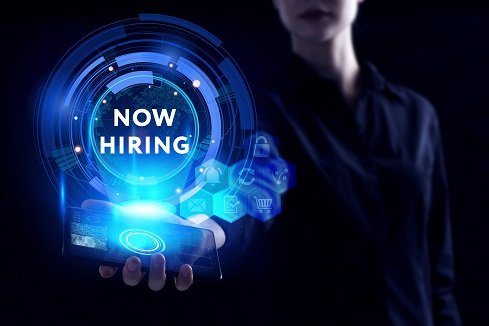 Less than one-third of HR professionals are preparing for an economic slowdown, according to a new study.

While CFOs are tightening budgets in preparation for a likely economic downturn, their counterparts in human resources are still focused on putting the best quality employees in an ideal work environment, according to a recent survey from Challenger, Gray & Christmas.

With talent acquisition being one of the highest hurdles HR departments face, executives are wary of scaring off candidates by implementing drastic changes in working conditions.

None of the survey respondents reported their company was transitioning from fully remote to fully back in the office, and nearly half (47%) of companies had already implemented a hybrid or remote model and had no plans to go back into the office full-time. Less than 6% of the HR professional respondents said their companies had a hybrid or remote model for most employees and “have plans to bring many workers back on certain days.”

As companies compete on workspace flexibility, they have begun to compete with perks, in particular employee wellness and mental health benefits. According to the survey, 61% of companies were offering mental health care options, up from 43% who did so in the spring — all in response to burnout and mental health needs from their employees.

According to Andrew Challenger, senior vice president of Challenger, Gray & Christmas, executives are just as vulnerable to burnout as the team members they manage. “Leaders are absolutely not immune to the burnout and pull of other opportunities that are impacting talent at all levels,” said Challenger.

Return to the Office

Challenger believes a large-scale return to the office was a tactic by large organizations to thin out their workforce pre-recession. “The 17% who are cost-cutting and using return to the office to do so are following high-profile models from Elon Musk or Mark Zuckerberg. Their companies forced workers back as a way to implement reductions in their workforces,” said Challenger.

A consistent option of hybrid or remote work models removes geographic hiring limitations for companies that are headquartered in metropolitan areas like New York or Washington, D.C. That has given residents of places such as North Carolina, Texas, Florida, and Washington state a greater opportunity to compete for jobs in financial services.

Although only 29% of companies still base salary for remote employees on the cost of living in their headquarters location, a majority of managers are honoring the concerns of employees who feel they deserve a raise regardless of where they work. According to Robert Half’s 2023 Salary Guide Trends, 82% of senior managers have given raises to employees that expressed salary concerns.

Flexibility and empathetic leadership were the highest priorities of employees, according to the Challenger, Gray & Christmas survey findings. Climbing to the third spot from the sixth in the spring’s survey were higher salaries, possibly due to the rising costs of food and housing in the U.S. Many workers received raises at the beginning of 2022, so higher salaries weren’t top-of-mind at that time.

While not at the top of the list, a majority (77%) of HR professionals included leadership development as either an important or very important issue to their company’s employees.

“Just as workers want flexible and empathetic leaders, they want to know their skill sets can develop, and their companies will recognize them via promotions,” said Challenger. “[Leadership Development] would surely help retain workers, as it develops skill sets, creates team cohesion, and gives [the employee] a sense of belonging to a company.”

How to juggle productivity with engagement and employee wellbeing is one of the issues that haunt executives, Challenger said. With 81% of HR professionals saying their employees considered meaningful and purposeful work an important or very important priority, executives should be urging company leadership to consistently provide workers with a sense of belonging.

“Leadership has a huge impact on how their talent engages with their work. If workers do not think their leaders are effective, capable, or communicative, it leads to disengagement and the ‘quiet quitting’ many HR leaders are observing,” said Challenger.

Other findings of note also included a universal struggle to find technology professionals over any other kind of talent, as a third of HR professionals agreed that it was the most difficult type of position to fill. As companies continue to balance their technology implementations with innovation and cybersecurity, IT skills are becoming increasingly valuable across industries.

How and to what extent companies prepare for a declining economy will determine their stance once markets bounce back. Although 20% of the HR respondents in the Challenger, Gray & Christmas survey said their companies would consider layoffs should the economy continue to head in a negative direction, a majority of companies appear to be focusing on retaining talent.

“Companies know the pain of finding talent in a tight labor market,” said Challenger. “[They] want to avoid getting into a situation where the economy bounces back or is not as bad as is forecasted, and they are left with too few workers to keep up with demand.”

The Challenger, Gray & Christmas survey was conducted online in September among human resources professionals at 182 companies.