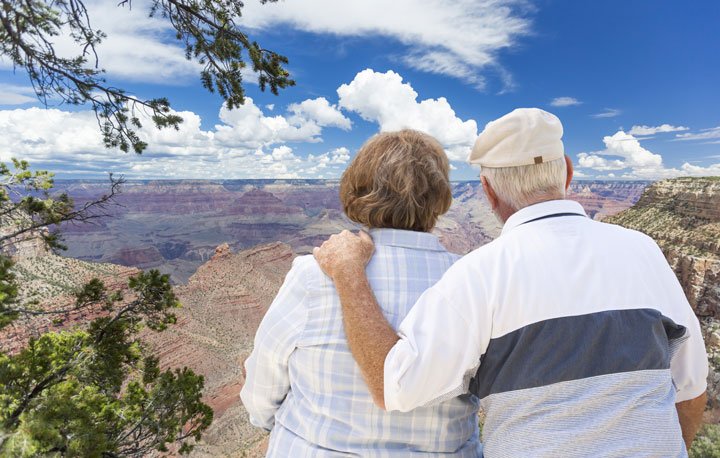 As people live longer and costs keep climbing, we offer some tips on how to navigate the changing retirement landscape.

Preparing for retirement has changed dramatically throughout the last several decades. Not only are people living longer due to improved health care, but costs have dramatically increased all around.

The biggest difference between yesterday’s retiree vs. today’s is the diminished defined benefit — or pension — plan replaced by defined contribution plans with ERISA of 1974(opens in new tab) establishing the IRA and the Revenue Act of 1978(opens in new tab) creating the 401(k). Studies have shown that pensions are and have been rapidly replaced.

As retirees underestimate their longevity, as well as stock market volatility, the probability that they’ll outlast their savings will keep dropping. Proper adjustments need to be made now before irreparable damage is made.

Here are the seven biggest risks retirees should avoid at all costs, along with tips to address them.

Average life expectancy has increased from 68.14 years in 1950 to 76.1 years in 2021. With COVID-19, life expectancy actually decreased by about 1.2 years, but retirees are living longer. The Society of Actuaries(opens in new tab) estimates that a couple both reaching age 65 have a 50% chance that one surviving spouse will live until age 93 (25% chance of one surviving spouse living until age 98).

The biggest threat retirees face is outliving their savings. Even though no one knows how long they will live, a 30-year retirement is not as uncommon compared to past generations.

Pro tip: One of the ways to balance longevity risk is by using a three-buck strategy. The purpose is to allocate savings that address immediate, near-future, and long-term needs. The liquid is anything within the next five years; income is what will be needed for 30 years or more; and growth is to offset inflation, taxes, and future healthcare expenses.

Furthermore, delaying Social Security from full retirement age until age 70 will provide additional retirement credits at about 8% per year, which means a larger benefit later on. For example, if you were born in 1954, your full benefit amount would be at age 66. By delaying until age 70, there would be an additional credit of about 32% (8% per year for the next four years).

Inflation is the decrease in purchasing power due to an increase in the price of goods. Since 1914, the average inflation rate has been 3.24%, and that number should remain constant even if the percentages are still relatively high for the next several months. While spending power is of relevance in retirement, it can be politicized and exaggerated, especially when supply-chain issues and price gouging is present.

Stay away from speculative or high-risk investments, including private equity, penny stocks, and alternative investments if they don’t match your risk tolerance.

The Tax Cuts and Jobs Act of 2017(opens in new tab) lowered the top tax rate to 37% starting in 2018 with the majority of the legislation set to expire in 2026, including a lower standard deduction and higher overall tax rates. Whether a retiree is still working or has other forms of taxable income — for example, a pension, bank or annuity interest, short-term capital gains, ordinary dividends, municipal bond income, and retirement plan withdrawals — their Social Security benefits might become taxable.

Pro Tip: Converting taxable accounts — for example, traditional IRA or 401(k) — to a Roth in years in which income might be lower and leveraging different tax classes should keep you in a lower bracket. Nonqualified annuities (instead of CDs and other bank products) offer tax deferral, which can help with both Social Security taxation and Medicare Part B premiums.

Besides long-term care, healthcare costs including insurance, Medicare Part B premiums, drug costs, co-pays, co-insurance, and deductibles can be costly. Fidelity(opens in new tab) estimates an average retired couple age 65 in 2022 may need about $315,000 saved (after tax) to cover expenses in retirement. If taxable accounts are used, that amount might be higher when factoring in potential taxes paid.

Unless the American healthcare system changes, costs are unavoidable, so it’s ideal to be prepared. Expenses may be lower in retirement for some than others, but the sentiment is that they’ll most likely increase overall.

Pro tip: Using a Health Savings Account (HSA) offers tax-deductible contributions that grow tax-deferred, and withdrawals are possibly tax-free if used for health care expenses. In 2022, the maximum contribution limits are $3,650 for an individual and $7,300 for a family. If you’re over age 55, there’s an additional $1,000 catch-up contribution. In addition, qualified HSA funding distribution(opens in new tab) allows a one-time “trustee-to-trustee” transfer up to a yearly contribution (whether individual or family) from IRA or Roth IRA.

Long-term care costs by far are the most devastating to a retiree’s savings and investment portfolio. With home health care, assisted living, and skilled nursing costs increasing on average from 1.71% to 3.64% or more per year, what they cost today could easily double or triple by the time you need care.

Pro tip: Long-term care insurance has been the recommended solution by insurance agents and financial advisers for years. The problem is that premiums not being guaranteed allow other types of “hybrid” policies — for example, life insurance and annuities — with long-term care riders as a viable alternative solution. Keep in mind there are different styles of policies, so explore how each works.

Up until the 1980s, pension plans made up a substantial part of a retiree’s income. According to the Bureau of Labor Statistics(opens in new tab), that number has substantially dropped for private-sector workers, to under 20%. The Pension Rights Center(opens in new tab) states that only 31% of older Americans have a pension.

Pensions used to be the strongest leg of the “three-legged stool,” which also consisted of Social Security and savings, a concept introduced at a Social Security forum in 1949. But today’s retirees are often left figuring out for themselves how to make up the most crucial aspect of creating a guaranteed stream of income they won’t outlast.

Pro Tip: Not having guaranteed income for many retirees is a top financial concern. Immediate annuities and indexed annuities with income riders focus on the distribution phase in retirement. Using the same investments during the accumulation phase and not properly reallocating will lower the probability of success that those assets won’t last a lifetime.

The SECURE Act of 2019(opens in new tab) allows employer plans including 401(k)s and governmental plans such as 403(b)s access to lifetime income benefit options without having to transfer them to an IRA.

As retirees get older, their tolerance for market risk should decrease. The sequence of returns risk is the danger of receiving lower or negative returns early when withdrawals are made in retirement, which can significantly decrease the overall longevity of those assets.

Old-fashioned rules such as the 4% withdrawal rule are being used by retirees since the idea was first published in the Journal of Financial Planning in 1994. It states that a safe withdrawal consisting of 60% stocks and 40% bonds is the ideal way of not running out of money. However, as a consequence of low-interest rates, this rule has been questioned, with data suggesting it should be lowered from 4% to around 2.95% to 3.3%.

Also, there’s another old rule about the right portfolio balance by age known as the Rule of 120 (previously known as the Rule of 100). It suggests subtracting your age from 120 to get the right percentage of stocks and bonds in your portfolio. For example, if you’re age 55, subtracting 55 from 120 means you should have 65% in stocks and 35% in bonds. The problem with that solution is usually timing and allowing human nature to interfere.

Pro tip: Don’t use outdated rules to dictate your optimal exposure in the stock market. Re-evaluate your risk tolerance and focus on saving as opposed to chasing higher investment returns.